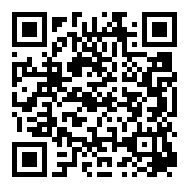 The Kenyan government is banking on adoption of Bt cotton to revive the textiles and apparel industry and increase the contribution of the manufacturing sector to the country's GDP from the current 9.5 percent to 15 percent by 2022. Speaking during a national biotechnology stakeholders' luncheon, adviser on textile value chain at the Ministry of Industry, Trade and Cooperatives Mr. Rajeev Arora said the industry provides a great opportunity for realizing the Big Four Agenda, a government's action plan aimed at accelerating the country's economic growth in the next five years. A cotton taskforce formed in July 2017 was mandated to implement an ambitious roadmap for the introduction of Bt cotton and high-yielding hybrids between 2017-2022.

Arora, who is also a member of the taskforce, remarked that reviving the cotton industry will see an increase in production from the current 5,500 tons to 50,000 tons in the next five years. The government aims at creating 680,000 direct jobs through cotton farming, 210 jobs at ginning level, 6,000 at integrated mills and 25,000 at garments manufacturing. "The revitalization will further create an import substitution of Ksh1.2 billion ($11.87 million) and enhance self-sufficiency of lint," he noted, adding that lint exports will bring Kenya Sh8.75 billion ($86 million) in foreign exchange.

The National Environmental Management Authority (NEMA) has already received an environmental impact assessment (EIA) report for the proposed National Performance Trials (NPTs) on biotech cotton. Addressing the stakeholders, NEMA's Chief Compliance Officer Margaret Njuki said that the public's input into the EIA process is critical in arriving at the final decision on the project. "Giving an opportunity to the public to give their comments on the report is a legal requirement. This also allows them to participate in the conservation and management of the environment," she explained.

The trials will be conducted in nine sites to select best performing varieties for distribution to farmers. Previous research in the country showed Bt cotton yielded three times more than the conventional varieties, providing evidence of its vital role in revitalizing the subsector.

The luncheon, hosted by OFAB Kenya on April 5, 2018, in Nairobi provided insight into the Kenyan government's strategy to revitalize the textile subsector and an update on the status of proposed Bt cotton National Performance Trials (NPTs) in the country.