Philippines to become the first to commercialize GM eggplant in Asia 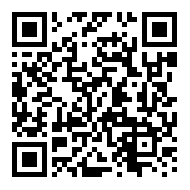 The Philippines will become the first in Asia to commercialize the genetically modified (GM) fruit and shoot borer (FSB)-resistant eggplant by 2011.

This developed after the harvest of Bacillus thuringiensis (Bt) eggplant, funded by the United States Agency for International Development (USAID), in a trial site in Pangasinan.

"The performance is better than what we expected. We expect to have a considerable increase in yield for this field trial,” said Agricultural Biotechnology Support Project (ABSP) Director Frank A. Shotkoski in an interview in a harvest festival in Sta. Maria, Pangasinan.

Barring any unforeseen hindrance, the Institute of Biotechnology-University of the Philippines in Los Baños (IPB-UPLB) will release to the market Bt eggplant seeds by next year after an approval of the National Biosafety Committee (NCBP), according to ABSP Product Development Manager Desiree M. Hautea.

Bt eggplant can arrest loss from FSB infestation, which reaches to 50 percent or higher. Average eggplant yield in the country is 9.95 metric tons per hectare.

It can substantially cut pesticide use, cut production cost for farmers, reduce their exposure to harmful chemicals, benefit consumers through lower price from higher eggplant production while protecting their health, and even enhancing environmental protection.

With a technology donated by the Mahyco of India, an Indian green and striped eggplant variety was crossed by the IPB with local varieties Dumaguete Long and Mara to produce the Filipino-desired color and size.

“It took us long time from 2005 to develop a variety that has the 99.9 percent characteristic of our local variety. The technology was donated to us, but it’s really Filipino-developed,” she said.

IPB will come up by 2011 with an open pollinated variety (OPV) for the Bt eggplant. This will enable resource-poor farmers to save the seeds after one planting for continued use in the next planting, bringing cost savings.

However, a hybrid Bt eggplant will be put to the market by IPB most likely in 2012 which will have the hybrid vigor that can produce 100 percent more yield than the OPV, although this will require farmers to buy the seeds each season.

Bt eggplant seeds’ commercial release will follow after another set of multilocational field trials for the dry season which starts perhaps in October this year. On top of the present sites’ Pangasinan, Bicol, and Los Baños – the Bt eggplant will also be pilot-planted in (Visayas) Leyte and Iloilo and (Mindanao) Kabacan, North Cotabato and Davao.

IBP will initially produce the seeds through its National Seed Foundation. It may later enter into seed production deals with the Department of Agriculture or other State Universities and Colleges.

For the initial seeds marketing and eventual extensive commercial production, seed companies like East West or Syngenta may enter into a franchising or licensing agreement with IBP. No such deal has been completed so far, officials said.

Eggplant is the most popular vegetable in the Philippines planted on 13 percent of the 600,000-hectare vegetable land, according to the World Vegetable Center

The Philippines can become the first to commercialize Bt eggplant next year as the Indian government has halted its commercial release due to lobbying from environmental groups. Bt eggplant will be the first GM vegetable to be released in the country.