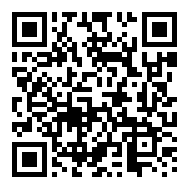 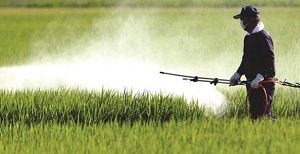 Companies manufacturing farm input such as seeds, fertilisers and agrochemicals are likely to post double-digit growth in sales and net profit in 2018-19 on the back of an anticipated normal monsoon and possibility of increases in minimum support prices (MSPs) for kharif crops in 2018.

Equity brokerage firm Elara Securities has forecast agri chemicals companies such as Dhanuka Agritech, Insecticides India, PI Industries, Rallis India and UPL may post 10-17 per cent and 14-18 per cent jump in their revenue and net profit, respectively, in 2018-19.

Sales of agri raw materials are likely to remain positive on growing rural consumption and rising disposable farm expenditure following increased farm output during the last kharif and rabi seasons. Though prices of most agri products remained below MSP levels or slightly above the threshold, farmers are inclined to adopt conventional farming and not switch from one crop to another.

“According to Skymet Weather, the monsoon is likely to remain normal at 100 per cent (with an error margin of +/-5 per cent) of the long-period average (LPA) of 887 mm from June to September. Also, expected hikes in MSP rates are likely to bring in improved expectations for farm income. Higher acreage and yield on the back of improved farmers’ sentiments, coupled with recovery in farm income, are likely to bolster growth in the agrochemicals business in 2018-19,” said Rahul Veera, an analyst with Elara Securities (India).

In January-March, however, Elara Securities has estimated domestic market-focused agrochemicals companies will post 8-10 per cent growth in sales and export-centric firms such as UPL and PI Industries 11 per cent and 18 per cent, respectively. “Prices of agri commodities remained suppressed throughout last year. Hence, farmers’ switching from one crop to another for better realisation will not happen this year,” said Madan Sabnavis, chief economist, CARE Ratings.

Being a pre-election year, the government is set to lure farmers with an increase in MSP. But a mere increase may not benefit farmers owing to the government’s focus on procuring only a few commodities such as wheat, rice and a limited quantity of pulses. Experts, however, say the government may compensate growers by paying them the difference between MSPs and spot prices in the case of other commodities including oilseeds and maize.

After a 7 per cent decline in 2017, sales of primary fertilisers witnessed just 2 per cent growth in 2017-18 on the back of low systemic inventory maintained by fertiliser firms in view of the pan-Indian implementation of direct benefit transfer. Both fertiliser and non-fertiliser sectors recorded 2 per cent growth in FY18. “The scenario is positive for fertiliser companies as they can keep prices intact for the farmers and also be compensated for higher input costs. But, the government’s subsidy burden will rise. We believe non-urea players stand to gain as fertiliser prices at farmer level are expected to remain unchanged and the recent rupee appreciation could lead to better operating margins going ahead,” said Rohan Gupta, an analyst with Edelweiss Securities.

Meanwhile, farmers have urged the government to provide adequate infrastructure facility for procurement and storage of agri produce near production centres.

“The government needs to help construct warehouses for cereals and cold storages near major production and consumption centres for cereals and horticultures to prevent farmers from distressed selling during peak harvesting season. While the government promises to double farmers’ income by 2022, farmers are not getting their MSP for their produce on the ground. In the meantime, however, cost of production remained elevated,” said R V Giri, president, Consortium of Indian Farmers Association (CIFA).

According to Giri, agri commodities’ price declined by up to 50 per cent during the last one year on over production.