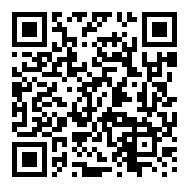 Monsanto says it posted earnings of $384 million for its fiscal third-quarter ended May 31, down 45% from the same period last year. The company cited steep price decreases for its Roundup brand glyphosate based herbicides due to a flood of generic competition from China. Sales declined 6%, to $2.9 billion. Earnings of 81 cts/share on an ongoing basis beat analysts estimates of 79 cts/share, as reported by Thomson One (New York).

Roundup has been hugely profitable for Monsanto, helping to fund its development of Monsanto’s leading biotech seeds and traits pipeline since the early 1990’s. However, declining Roundup profit forced Monsanto to cut its 2010 earnings guidance in May to $2.40-$2.60/share and reset its Roundup pricing strategy to be more in line with generic formulations. In April, the company warned its 2012 goal of doubling 2007 gross profit is now unlikely given competitive pressure in both Roundup and its seeds and traits business.

However, the company says it still expects its seeds and genomics segment, now the focus on Monsantos business, to drive double digit gross profit growth beginning in 2011. The segment posted earnings of $1.4 billion, flat compared to the same quarter in 2009, on sales up 5% to $2.36 billion. Seeds and traits is expected to contribute 90% of Monsantos 2010 fiscal year gross profit.