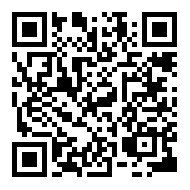 Bayer faces continued U.S. antitrust objections over its planned takeover of Monsanto, as officials fears the merger would hurt competition, according to two people familiar with the matter.

The Justice Department's antitrust division doesn't think Bayer's proposal to sell businesses goes far enough, said the people. The government wants the German chemicals company to divest more assets to resolve its concerns, said one of the people, who asked not to be named because the investigation is confidential.

Negotiations between the two sides are continuing and a final decision by the government is probably months away, the person said. Talks have been constructive as Bayer has taken steps to address the government's concerns, the person added.

Bayer's $66 billion takeover of St. Louis-based Monsanto is part of a wave of consolidation that has swept seed and crop-chemical firms. The companies are seeking approval from U.S. and European officials after two previous deals — the combination of Dow Chemical and DuPont, now DowDuPont — and China National Chemical Corp.'s takeover of Syngenta — won antitrust clearance.
View More

# Participating companies in 2021 CPEW #
BASF: Monsanto is a ‘fierce’ competitor, not a co-conspirator
Follow
Source: Bloomberg
Click to bookmark and build your agrochemical knowledge base
Print
ForwardShare