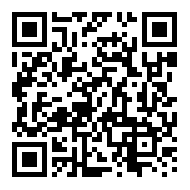 
Soybean growers have a new way to head off the yield and plant development problems associated with Iron Deficiency Chlorosis (IDC) in soybeans while also addressing zinc and manganese needs of the crop.

Data from trials using a new micronutrient formulation that is compatible with glyphosate show a surge of iron uptake along with increases in zinc and manganese. The trials also showed a 6 to 8 bu/acre yield increase with the nutrients.

Farmers working with Simplot Grower Solutions in 2009 in North Dakota and Minnesota applied two applications of Sysstem-Ready zinc and manganese tank mixed with glyphosate. In just a few days tissue analysis showed that in one field average zinc readings went from 14 ppm to 47 ppm, manganese went from 108 to 628, and iron went from 14 to 7,789. In a second field zinc went from 16 to 34 ppm, manganese from 90 to 483, and iron from 192 to 4,922. Agronomists reported there was no toxicity from the iron increase.

Simplot agronomist Shawn Kasprick, Grafton, ND, says the commercial grower trials he managed in 2009 mirrored positive results in 2008 and at other Simplot trial locations. Extension researchers have long documented the vigor and disease resistance that adequate micronutrient levels can provide crops, leading to yield increases at harvest. Simplot has found the yield increases average 4 to 6 bu/acre but sometimes up to 8 bu/acre when Sysstem-Ready accompanies glyphosate.

"Last year a grower who farms 4,500 acres near East Grand Forks had that kind of yield improvement, and this year he is using it on all his soybeans,” says Kasprick.

Kasprick says the Sysstem-Ready phosphite formulation gives the zinc and manganese systemic movement through the plant and down into the roots to keep the plant physiology at optimal level. Phosphite, which is more readily absorbed into plant tissues than phosphate, becomes the carrier for the nutrients when used in foliar sprays.

The Sysstem-Ready phosphite moves rapidly into the roots, causing “root flushing,” or release of exudates and nutrients into the soil. Plants produce this flushing naturally, but Sysstem-Ready enhances the timing and extent of the process. Some exudates are organic acids that help break up chemical binding of iron in the soil so the plant roots can then absorb the iron and other nutrients. Even though Sysstem-Ready does not contain iron, this is how the plant is able to pick up and metabolize so much iron in such a short time.

"Even in soils with higher fertility, the increased root growth allows the plant to find and utilize those nutrients such as iron,” explains Kasprick.

"That’s why it’s so important to have a foliar application with phosphites that will provide high levels of mobility inside the plant to extend those roots and enhance tissue development.

"This needs to take place when the crop is often under stress due to many factors, including wet, cool soils, weed or soil-borne disease pressure, and even the herbicide,” says Kasprick. “Nutrients such as zinc, manganese and iron are essential for plant defense mechanisms. This nutrient-based phosphite really allows us to key in on specific nutrients that are helpful to the crop from both a plant growth and a plant health standpoint. The needs of the plants usually coincide with the application timing for glyphosate or other post-emergence herbicides, and the compatibility of Sysstem-Ready is an important factor.”

North Dakota State University Extension notes that “IDC is a major problem. Iron Chlorosis symptoms are present during the two to seven trifoliate leaf stage. Plants tend to recover and start to turn green again during the flowering and pod filling stages. However, IDC during the early vegetative stages can severely reduce yields.”

University of Minnesota agronomists have found that even IDC-tolerant soybean varieties can suffer from IDC-related stresses. In a UM survey of growers in western Minnesota, IDC was said to cause “substantial yield loss” on 24% of soybean fields even though the majority of the growers were planting IDC-tolerant varieties.

UM agronomists note that IDC soybean plants show stunted growth and poor nodule development. Often they are growing in soils with greater soil moisture and concentrations of soluble salts, carbonates, and other compounds, and with less extractable iron, manganese, nickel and cadmium.

Iowa State University Extension cautions that IDC is a problem particularly in wet areas with high pH (greater than 7) and poor drainage. Symptoms are yellowing of the interveinal area of young leaves. Brown and necrotic spots may occur in leaf margins, and plants may be killed if the disease is severe. Symptoms are more pronounced when soil temperature is low and soil moisture is high.

Sysstem-Ready was developed by the Agro-K Corporation, based in Minneapolis to help growers address problems with glyphosate chelation of metals such as zinc and manganese. Once molecularly locked up by glyphosate, the minerals lose mobility and efficacy. The chelation process also negatively impacts the herbicidal activity of the glyphosate. Until Sysstem-Ready, growers have had to wait eight or more days for the residual glyphosate in crop tissue to dissipate before the nutrients could provide benefit. Another pass across the field would be necessary to supply the needed nutrients.

Zinc is the cornerstone for leaf, root and vascular system development while manganese is a key player in photosynthesis, nitrogen assimilation, root growth, plant defenses, and other essential bio-chemical reactions within the plant.

The Sysstem-Ready technology also is available in calcium, magnesium, and potassium formulations. Each is compatible with the other. For more information about Sysstem-Ready and other Agro-K products and research, phone 800-328-2418 or visit www.agro-k.com.
View More