Indian Agrochemical Market: Events in 2017 and Their Effects 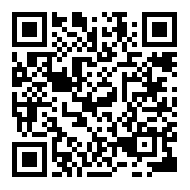 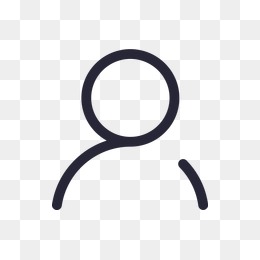 At the same time, exactly, in the last 2 years, the Indian agrochemical industry also saw considerable changes that have affected their performance, and will continue to have long-term effects to the industry.

AgroPages recently released a survey and invited stakeholders from the Indian agrochemical industry to share their comments. The survey has five questions and 30 valid one were collected, with 90% of them from manufacturers.

Q1: What do you think is the most significant change to affect the Indian agrochemical industry?

There are six single options and an input field, and the results are shown in the diagram below:

The “Make in India Initiative” received the highest number of selections, indicating that the initiative is thought to have affected India’s agrochemical industry the most. Does this mean that it will also get wide support from industry insiders? We will explain this through the comments in Question 2.

Background to the events

The Make in India Initiative

In response to the Make in India Initiative, the DAC and FW of India submitted a bill to the Central Insecticides Board and Registration Committee of India concerning the effects of the initiative to the pesticide industry in January 2017. The committee then amended its registration policy on May 19, 2017, to implement the restrictions on TIM and import registrations, and Chinese pesticide suppliers were the first to bear the brunt.

Launched in July 1, 2017, the Goods and Services Tax (GST) is an indirect tax levied on the supply of goods and services. GST Law replaced many indirect tax laws that previously existed in India. Fertilizers now are taxed at 5%, down sharply from the previous 12% rate. But pesticides remain taxed at a high rate of 18%.

In 2017, China’s environment policies became even stricter. Inspection teams from the central government inspected 31 provinces throughout the year and many small and medium-sized enterprises were shut down, causing supply shortages of certain products.

The new edition of the “Water Pollution Prevention and Control Law” and other regulations will be successively implemented this year and in the foreseeable future while environmental and safety inspections will become normal routine.

Q2: Please share your comments on the above events

The followings are some of the comments we picked out:

1.“The Make in India initiative and abolishing 9(3) TI/ TIM registration has affected several companies that import considerable amounts of pesticides from low cost countries, including China. The sudden implementation of the same “Halt the Import and Supply” ultimately affected the market. Although this is a good step, a multiple stage implementation would have been a better choice,” said Dr. Dipankar Patra from Coromandel Agrico Pvt. Ltd.

2. “The Make in India initiative and changes to China’s environmental policy made Indian companies stronger in terms of formulations and exports,” said Satish Tiwari from Coromandel International Limited

3.“Through the Make in India Initiative, enthusiastic Indian policy-makers want to draw the attention of foreign investors, to produce more technical products, including the backward integration of raw materials in India, which is not so easy to establish in the short-term.

“The new policy, u/s 9(4) TI, to stop further import registrations for products registered under manufacturing will create a considerable shortage and a dissymmetry of distribution in the local market, which will lead to the monopoly of supply of some products and unnecessarily higher prices.

“China’s environmental policy changes have already affected the short-term supply of many technical and raw materials across the globe, which although seems challenging, in the mid to longerterm it will establish standard pricing globally, and India will become competitive in technical products that are now limited. Therefore, this is somehow supportive to the make in India policy,” said Somnath Nandi from HPM Chemicals and Fertilizers Ltd.

5.“Influence of China's environmental policy: The changes to the country’s environmental code and the strict enforcement by the Chinese Government have led to a situation where some factories have closed and others have invested heavily on environmental equipment and machinery, to comply with the code. This has led to acute shortages of certain technical grade materials while prices of other technical grade pesticides have increased significantly. This has also affected the top and bottom levels of Indian companies that depend heavily on technical imports from China to manufacture formulations. The prices of generic formulations have gone up in India due to this reason, negatively affecting the profitability of manufacturers, as farmers are looking for alternative solutions to tackle pests, instead of paying more for generic pesticides.

“CIBRC 9(4) Registration Changes: Changes to the import guidelines for registrations by the CIB and RC has restricted the registration of alternative sources of generic pesticides. This has created a short-term situation where Chinese companies have become reluctant to export technical grade pesticides to India, but the situation is bound to improve in the future, as the Indian Government is devising strategies to ensure that restrictions on importing registrations do not negatively affect the availability and pricing of pesticides in the country.

“The Make in India Initiative: In a welcome move, the Indian Government is promoting manufacturing in India, under the Make in India Initiative. The initiative has affected pesticide formulators that are planning to manufacture technical grade pesticides. The initiative will help the industry to focus on backwards integration, where the raw materials required for manufacturing technical grade pesticides are also manufactured in the country,” said Jitendra Mohan from Willowood Chemicals Pvt Ltd.

7.“The Make in India and implementation of GST are to play vital role in setting the trend for Indian Agrochemicals Industry. India exports nearly 50% of its domestically manufacturedagrochemicals where in the government initiatives to promote the manufacturing industry will boost the activities in the agrochemicals sector. 100% Foreign Direct Investment (FDI) is allowed under the automatic route in the chemicals sector, subject to all the applicable regulations and laws. Agrochemicals worth around USD 4.1 billion are expected to go off-patent by 2020 and the same is likely to provide significant export opportunities for Indian agrochemicals companies having expertise in manufacturing of generic products. ” said Neha Singh from Markets and Markets

8.The changes in both taxes and registration will provide the local Industry with a more competitive scenario, but it will probably focus more on the local market rather than global markets. Greater environmental controls in China with definitely have a direct effect on prices and lead to serious supply problems, which can have further effects. If this situation is maintained, it can affect the Indian industry, and subsequently the global market,” said German Pessagno from Comtec SAE.

9.“Changes to the registration policy will boost the Make in India Initiative and will encourage many MNC's to be present in India for greater potential profits,” said Prashant Pandurang Vichare from Mahindra Agri Solutions Ltd.

10.“China’s changing environment and GST have affected business in 2017 in terms of availability and prices, and we believe that this will continue in the first half of 2018,” said Abhishek Gupta from Crystal Crop Pvt Ltd.

Returning to Q1, the Make in India Initiative received wide support, and industry insiders believe that it will benefit the Indian industry and Indian companies by making them stronger and selfsufficient. As China is the largest global supplier of technical products and their intermediates and a key exporter of these products to India, any restrictions or changes to the market will affect the production chain in India.

Q3: What strategic initiatives have and will be taken by your company under these changes?

More than half the respondents selected “Expand TC capacity” (14), followed by “Focus more on oversea markets (6), then “Optimize supply channels” (3), “Adjust product price” (3), and “Others” (4). With the support of policies and a good market environment, Indian companies are exerting their full capacities to seize market opportunities.

Last year, the demand for Mancozeb products was thriving, both at home and abroad. Coromandel expanded its plants in Sarigam and Dahej, to meet the needs of domestic and foreign markets.

Meghmani Organics recently announced its plan to build a new plant in Dahej, to double the production of its main product, 2, 4-D acid.

Insecticide India also announced the expansion of its Dahej plant to increase its production of TCs. After being acquired by Sumitomo, Excel has been producing its three main products at full capacity.

Krishi Group, which has focused on the processing and production of formations, said that in response to the Make in India Initiate, it will start its own TC production line this year, which is expected to begin production in 2018.

Gharda launched bispyribac-sodium and a new mixture product, “fipronil + imidacloprid,” in India, and its existing products are produced at maximum capacity.

Jubilant Life Sciences Ltd. plans to establish a technical grade pesticide manufacturing unit in Gujarat, which will require an investment of Rs. 250 crore.

Nagarjuna, in 2018, created plans to manufacture intermediates. It has also worked out an expansion strategy in the domestic market and to boost its exports, by developing a series of new products.

With the implementation of these expansion plans, the 40% idle capacity of Indian pesticide sector is expected to be exploited in the coming two years.

Q4: What is your vision for the growth of the Indian agrochemical industry over the next three fiscal years?

Most industry insiders have a positive attitude towards the growth of the Indian agrochemical industry over the next three fiscal years while the growth of CAGR is forecasted to be over 10% by half of the survey’s participants.

However, while there are still hurdles for the Indian agrochemical industry, overcoming these hurdles, seizing opportunities and growing the industry by over 10% are achievable for the industry in India.

Question 5: What do you think is the main hurdle for the India agrochemical industry?

The hurdles mentioned in the comments focused on the following:

The CIBRC is requested to improve its efficiency, conduct more regular meetings, offer specialist assistance to manufacturers of biological products, and take measures against fake documents.

2.Stricter policies on pesticide application
More scientific evaluations and studies should be carried out on the toxicity of pesticides and their effects on the environment and human health in application, to reduce accidents.

The excessive tax on pesticides of 18% will increase the cost for farmers while bio-organic inputs for agriculture should be exempt from GST.

4.Dependency on imports of both generic and new products

Lower investment in TIM and the hurdles to the environmental clearance of new factories will lead to higher levels of technical imports, and local efforts must be made to develop and improve the production capabilities of generic and new products. There must also be focus on the research and development of technologies for manufacturing new technical grade pesticides.

5.Limitation of research and development

India still depends on imported post-patent molecules, instead of manufacturing them locally. CIB and RC need to think deeper about framing guidelines and should frame more technologyfriendly guidelines, to introduce new products to the India market.

Farmers are reluctant to switch to safer organic and bio agricultural inputs, in the absence of major financial benefits.

7.Rural Market is unorganized and full of fake products.