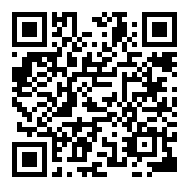 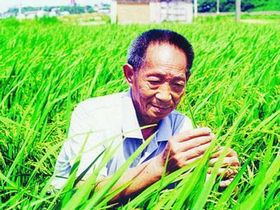 Yuan Longping, known as the "father of hybrid rice", said on Sunday that his team was working on a new version of high-yield hybrid rice and might complete it in 2012.

Yuan, director of the National Hybrid Rice Engineering Technology Research Center and a faculty member of the Chinese Academy of Engineering, made the remarks at the World Expos third theme forum, which opened on Sunday in Wuxi, in east Chinas Jiangsu Province.

The new hybrid, the phase-III super hybrid rice, was expected to yield 13.5 tonnes of rice per hectare, Yuan said.

The previous hybrid, the second-generation super hybrid, was released for commercial production in 2006, yielding 9 tonnes of rice per hectare, on average. Rice is a major food crop that feeds more than half of the worlds population, Yuan said.

China is now planting 440 million mu (29 million hectares) of rice per year, with an average output capacity of 6.3 tonnes per hectare.

Among the acreage, hybrid rice accounts for about 57 percent of the total, with an average output capacity of 7.2 tonnes per hectare.

"The average yield of hybrid rice is at least 20 percent more than that of inbred rice, feeding 70 million more people annually," Yuan said.

China is faced with a challenging grain situation this summer because of strong rainfalls in the south during the summer harvest season. Other problems include droughts in northern grain production areas and lingering low temperatures in the south.

According to the Ministry of Agriculture, China needs to maintain an annual grain output of 500 million tonnes to feed the nations 1.3 billion people.

"If 50 percent of the worlds rice paddies were planted with hybrids, rice production could be increased by another 150 million tonnes, and 400 to 500 million more people could be fed," he said.

Yuan believes food security is "a war people can not afford to lose”.

"The global economic downturn will always end, but food security is the problem we have to face every second," Yuan said.

Statistics from the United Nations showed about 1 billion people were suffering from hunger and malnutrition and every six seconds saw a child dying of hunger or related diseases.

With the theme "science & technology innovation and urban future", the two-day forum focuses on innovations in science and technology.

The previous two theme forums of the World Expo centered on communications and cultural heritages.

"I often drive my car to go to rice paddies to do research," said the 80-year-old, "The only difference is that when I was young, I rode a bicycle or motorcycle ....you could attribute it to improving life."

Hybrid rice has also been commercialized in other countries, including India, Vietnam, the Philippines, Bangladesh and the United States.

"For the benefits of the world s people, we are well prepared to help other countries develop hybrid rice," he said.