US Statement on EC-Biotech Dispute 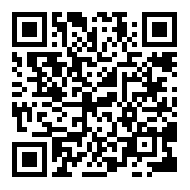 Favorites Print
ForwardShare
Jan. 14, 2008
The Office of the United States Trade Representative commented on the January 11 expiration of the reasonable period of time (RPT) for European Union (EU) compliance with the WTO rulings in the EC-Biotech dispute.

“The remains very concerned with EU treatment of agricultural biotech products,” said USTR Spokeswoman Gretchen Hamel.  “We are taking steps necessary under WTO rules to preserve our right in the WTO to suspend trade concessions.”

“At the same time,” explained Hamel, “our goal is to normalize trade in biotech products, not to impose trade sanctions on EU goods.  The EU has committed to making biotech approval decisions based on science and without unnecessary delays, and it is in both parties’ interest for the EU to follow through on these commitments.  Accordingly, we have agreed with the EU to suspend for a limited period the proceedings on our WTO request for authority to suspend concessions in order to provide the EU an opportunity to demonstrate meaningful progress on the approval of biotech products.  We must note, however, that the United States first turned to the WTO to resolve this dispute over four and one half years ago, that U.S. seed companies, farmers, and exporters continue to experience significant commercial losses as a result of the EU actions, and that the patience of stakeholders is close to exhaustion.”

During the coming months, the will periodically evaluate EU progress toward normalizing trade against a set of benchmarks and timelines.  To a large extent, these performance measures are set out in the EU’s own laws.  If the decides to pursue WTO proceedings on the EU’s compliance, the would file a formal consultation request with the EU, followed by a request for the establishment of a WTO compliance panel.

In a related development, the Government of France announced late Friday that it was imposing a ban on the planting of the only biotech corn variety currently cultivated in the European Union.  “It is hard to overstate our disappointment with this new biotech ban announced Friday by the Government of France,” said Hamel.  “This newly banned variety of corn has been grown safely in the EU, the , and around the world for over a decade.  The WTO panel in the biotech case previously found that a similar ban imposed by was unsupported by scientific evidence and inconsistent with WTO rules.  We expect the European Commission to move promptly to lift this unjustified ban, and would hope that the Government of France would reconsider this unwarranted action.”