One tiny mutation could triple the world’s production of grain 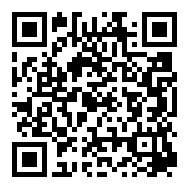 A relatively minor genetic modification can triple the number of grains produced by sorghum (family Poaceae), a drought-tolerant plant widely used as a source of food, animal feed, and source of biofuel. The team is now working to apply the same system to other cereal crops. Researchers from the Cold Spring Harbor Laboratory (CSHL) have managed to hack sorghum: by lowering the level of a key hormone, they’ve coaxed the cereal into producing more flowers, and more seeds.

The study, led by Doreen Ware, Ph.D. and an adjunct Associate Professor at the CSHL, focused on high-yield strains of sorghum developed a few years ago at the USDA’s Agricultural Research Service (ARS). These strains were created using chemical mutagenesis, a method used by breeders and scientists for several decades now to induce genetic variation in plants. The mutations induced by the process led to an increase in the number of grains produced by each plant — but we didn’t know why.
Ware and her team wanted to get to the bottom of things, so they started by sequencing the genomes of these modified plants. They found several mutations, but note that a ‘key mutation’ affects a gene which regulates hormone production. The plants that carried this version of the gene produced abnormally low levels of jasmonic acid, a development-regulating hormone, particularly during flower development.

Similar to many other cereal crops, sorghum seeds mature from clusters of flower. These flowers develop from a branched structure at the top of the plant, the panicle. Each panicle can produce hundreds of flowers, which come in two types — sessile spikelets (SS), which are fertile, and pedicellate spikelets (PS), which don’t produce any seeds. In the ARS-modified sorghum, however, both sessile and pedicellate spikelets produced seeds, tripling each plant’s grain number.

Lab tests showed that jasmonic acid prevents PSs from producing seeds — so low levels of the hormone allow them to become fertile.

In effect, these changes triple the productivity of sorghum — not bad for a tiny mutation. After uncovering the biological systems at work, the team hopes to apply a similar approach to other crops related to sorghum such as rice, corn, and wheat.

The paper “MSD1 regulates pedicellate spikelet fertility in sorghum through the jasmonic acid pathway,” has been published in the journal Nature Communications.