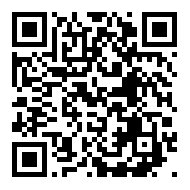 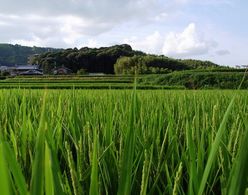 Though there was no ‘silver bullet’ crop protection product launches at this year’s event, there was news of a broad-spectrum herbicide, plus new information on imminent SDHI fungicides.

New SDHI group fungicide demonstrations were very much in evidence at Cereals. Syngenta Crop Protection was providing visitors with a first-hand insight into the performance of the next generation carboxamide fungicide IZM (Isopyrazam) in wheat.

"With high yield so central to wheat profits, and the importance of new inputs as older products are withdrawn or resistance develops, we want to give growers a good understanding of just what IZM can deliver in the wheat crop,” said the company’s Paul Varney.

Bayer CropScience was showcasing its new Xpro fungicide technology, which should be available next season with the launch of two new products, for use in wheat and barley, incorporating the company’s bixafen SDHI fungicide. Speaking at Cereals, Bayer’s Dr Alison Daniels said she was "confident of sales for spring 2011.”

The new fungicides will both also incorporate Bayer’s Leafshield formulation system, the benefits of which include optimum crop coverage and rainfastness, improved disease control and better flexibility in terms of water volume and nozzle options, says the company.

"Leafshield helps both active ingredients simultaneously attack diseases like septoria, rhynchosporium and net blotch both on and inside the leaf by helping to harmonise the penetration and movement profiles of bixafen and prothioconazole.

"This means the fungus is under dual attack, at any part of its life cycle, from two different fungicides, for maximum kill.

"At any one time we are getting dual activity from two active ingredients. This provides no-hassle, in-can resistance management,” said Dr Daniels.
The new fungicides, currently code-named BAYF869Xpro (for use in wheat) and BAYF385Xpro (for use in barley) have been in trials with distributors and advisory organisations, including ADAS, AICC, NIAB TAG, Velcourt and Scottish Agronomy.

In wheat, results from these organisations show an average 0.6t/ha yield benefit from a full dose of BAYF869Xpro at T2 compared with a T2 treatment of 0.75l/ha Opus (epoxiconazole)+0.4l/ha Comet 200 (pyraclostrobin), with common T1 and T3 sprays, says Bayer.

The activity of both currently available SDHI fungicide products - Tracker (boscalid+epoxiconazole) and Isopyrazam (in Bontima), plus bixafen, were being demonstrated in adjacent plots on the Rothamsted Research stand. Broom’s Barn director Bill Clark said each of the products would give a yield advantage over straight triazoles and would protect triazoles.

"They are good on rusts and septoria, they offer a similar spectrum of disease control to triazoles,” he said.

The SDHIs would be highly suitable for use on high-yield potential varieties and sites, he said.
View More