USDA forecasts strong demand for corn, soybeans over next 10 years 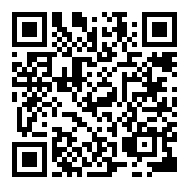 Ethanol production is projected to slowly rise over the next couple of years then decline to levels seen in 2016, by the end of the next decade. As ethanol production drops, the USDA says distillers grains production will also drop "further supporting the use of corn for feed."

For the first time, USDA expects soybean plantings to rise above corn, around 91 to 92 million acres.

Strong demand for soybeans around the world, especially in China, is expected to boost U.S. soybean trade over the next 10 years.