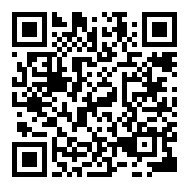 Cibus has branded its canola seed as SU Canola. It's tolerant of sulfonylurea herbicides and will be grown commercially in Canada for the first time this spring. SU Canola has been sold in the U.S. since 2016, mostly in North Dakota. | Screencap via www.cibus.com

Supporting modern agriculture while also selling into the market for non-genetically modified food seems like a contradiction.

But an American firm is hoping to pull off that high-wire act with its herbicide-tolerant canola, now for sale in Canada.

“Because it’s a non-GM product, we’re looking at this being aligned with production contracts (for non-GM canola),” said David Sippell, vice-president and general manager of Canadian operations for Cibus, a plant-breeding company based in San Diego, Calif.

Cibus has branded its canola seed as SU Canola. It’s tolerant of sulfonylurea herbicides and will be grown commercially in Canada for the first time this spring.

SU Canola has been sold in the U.S. since 2016, mostly in North Dakota.

Sippell joined Cibus in December. He has previously worked in the canola seed business with Pioneer, Syngenta and Canterra Seeds.

While he is responsible for Canada, Sippell said SU Canola acreage has been expanding in North Dakota because of strong demand for non-GM canola oil.

“Last year, we had double or almost triple the sales (of 2016)…. This year, we’re looking at doubling again. What’s driving that (growth)… is a Cargill non-GM production contract from West Fargo.”

Last March, Cargill became entangled in a public relations knot when it made a commitment to verify more of its products as non-GM.

Cargill announced it was working with a verification group to certify a list of its food ingredients as non-GM, including non-GM canola oil.

“We work closely with the #NonGMO Project & hope to have even more Cargill ingredients verified in the near future,” Cargill tweeted last spring.

“We work closely with the #NonGMO Project & hope to have even more Cargill ingredients verified in the near future” https://t.co/HPwXEQAez7 pic.twitter.com/3rQrl7smMh

North American farmers ripped into Cargill for embracing the Non GMO Project, saying the company’s move was hypocritical and a kick in the face to farmers who grow GM crops.

The Non GMO Project, based in Bellingham, Washington, claims there is no scientific consensus on the safety of GM foods. It also says that scientific evidence “connects GMOs with health problems (and) environmental damage.”

Cherilyn Nagel, who farms near Mossbank, Sask., was one of the producers who condemned Cargill.

“When I see a company like Cargill, that is an integral part of our grain business, coming out and taking that kind of position, pandering, if you will, to this Non GMO Project, I was hurt by that. I was offended by that,” Nagel said last spring.

A percentage of farmers, likely a large percentage, abhor the idea of foods with a non-GMO label.

But it’s difficult for agri-business firms to ignore market signals.

“Cibus is not opposed to genetically modified products,” Sippell said. “But our technology is not a transgenic…. The (result) of that is we can play in the non-GM market because there is a demand at a consumer level…. We just want to fulfill that need in the marketplace.”

SU Canola isn’t transgenic because Cibus developed the herbicide-tolerant trait with a breeding technique it calls the Rapid Trait Development System. Essentially, the method is a more precise form of mutagenesis.

In its first year on the Canadian market, Cibus will focus its seed sales in western Manitoba and eastern Saskatchewan, in the region around the Harrowby Bunge facility.

Harrowby is only a few kilometres from the Saskatchewan border.

“Bunge is contracting non-GM canola. That would include Clearfield products and the SU product,” Sippell said.

It’s hard to say how many acres of SU Canola will be seeded this spring but a number of Canadian growers are interested in the technology, partly because the price off the combine is higher than generic canola.

“We’re getting good feedback from producers,” said Sippell. “(The) premium being paid by Bunge for the non-GM, which I believe is $35 per tonne.