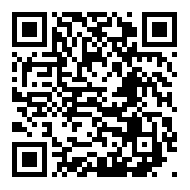 By entering the Chinese market, the startup, Plenty, hopes to tap into the country’s growing demand for organic foods. Chinese citizens have become all too familiar with food safety scandals in recent years. Perhaps the most dramatic was in 2008, when six babies perished and at least 54,000 were made sick when tainted baby formula created a kidney disease outbreak. Now that the country is experiencing a swelling middle class with more buying power, more people are willing to spend a premium to purchase organic foods, which are perceived as safer to eat (something that isn’t always true).

Plenty plans to build and fill warehouses with 20-foot-tall, plant-growing towers that sparkle with LED lights. Herbs, kale, mustard greens, and more will grow horizontally from the poles, fed by water disseminated from the top of the structures via gravity—and won’t need soil or pesticides. Plenty can’t yet grow root vegetables or fruits this way, so it’s focusing its attention next on strawberries and cucumbers.

The company is able to make the move into China in part because of a massive $200 million investment round led by the Japanese telecom company SoftBank Group in July 2017, and which included money from Bezos Expeditions and Eric Schmidt’s Innovation Endeavors.

Plenty’s business proposition is these sorts of agricultural operations can help an increasingly urbanized global population cut back on amount of water and land used in a conventional farming. Because they can be built in cities, the vertical farms can reduce and even eliminate the financial and environmental costs of transporting food long distances. Plenty is building one such farm in spring 2018 outside Seattle, Washington. It’s expected to produce about 4.5 million pounds of greens per year, enough to feed more than 183,000 people.

The type of operation Plenty wants to bring to China could fit in well with steps the government there is taking to revamp how it feeds its people. Earlier this month (Jan. 16) at a meeting about creating green zones for growing food in major cities, Chinese agricultural minister Han Changfu said in a statement (in Chinese) that he wants to change the way China approaches agriculture. “It is necessary to speed up the transformation of agriculture from yield-oriented to quality-oriented, raise the overall quality of agricultural products, promote the transformation and upgrading of agriculture,” he said in the statement.