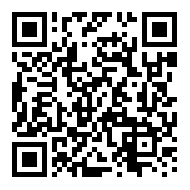 POST-patent agrochemical supplier Rotam is aiming to demonstrate the potential for innovation with existing chemistry with a range of active ingredients currently in development trials.

Development products under evaluation in the company’s trials at a site near Reims in northern France include three new sulphonylurea (SU) herbicides for control of broad-leaved weeds in cereals. This is in addition to the company’s existing Savvy (metsulfuron) and Ergon (metsulfuron+thifensulfuron) herbicides and a novel Isoproturon (IPU) formulation.

New SU co-formulations in the trials, designed to evaluate the crop safety and efficacy of the herbicides following autumn or early spring treatments, include metsulfuron+ tribenuron, tribenuron+thifensulfuron and thifensulfuron+ fluroxypyr. Key target weeds include fat hen, cleavers, chickweed and mayweed.

Rotam is also working on a novel formulation of IPU + a broad-leaved weed herbicide partner, which it hopes may pave the way for the reintroduction of IPU into the UK market. UK approval for all products containing IPU was revoked on March 19, 2007 after a review of its impact on the aquatic environment. Farmers had until June 30, 2009 to use up products containing the active ingredient.

The company’s Graham Dickinson explains that the dose rate of IPU contained in the formulation is 70 per cent less than the last approved IPU dose rate of 1.5kg/ha. The project is at a very early stage currently but results to date look promising, he says.

"Rotam is looking at ways of re-engaging IPU use. To get re-registration in the UK would cost a lot of money, so we’ve got to prove this works first. So far it has performed well, over two seasons, in a mixed population of broad-leaved weeds and it has got activity on grass-weeds.

We are hoping it will be positioned as a Crystal-type product. It won’t be a solution in its own right but it could be a tool in the armoury,” says Mr Dickinson.

Rotam is testing the new product against an IPU+DFF tank mix at its trials site in France, where it has given good control of dicot weeds and annual meadow-grass and suppression of black-grass.

"With the varietal mix we have today, T0 will be important. We think we’ve got the formulation optimised to give good disease control.

"We know tebuconazole needs a partner product and we think there’s opportunity for another manufacturer to come into the market with chlorothalonil,” says Mr Dickinson.
View More