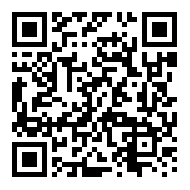 Favorites Print
ForwardShare
Jun. 8, 2010
The United Kingdom has taken a step closer to the commercial production of genetically modified crops, with strong backing from the new Environment Secretary, Caroline Spelman.

Currently no GM crops are grown commercially in the UK.

The previous Labour Government had held back from promoting GM foods because of fear of a public backlash.

Until recently, the Conservative Party also took a sceptical approach to what the UK media dubs Frankenstein foods.

But new Conservative Environment Secretary Caroline Spelman has insisted that GM crops could bring benefits to food in the marketplace and says shes in favour of GM foods in the right circumstances.

The minister has drawn fierce criticism from anti-GM campaigners, whove accused her of getting her facts wrong. Theyve highlighted her background as a lobbyist for biotechnology.