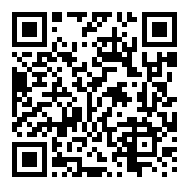 Sales of recently acquired products boosted the revenues of American Vanguard (Amvac - Los Angeles, California) by 10.5% to $56.6 million in the third quarter of 2007. Sales of the maize insecticide, Impact (BASFs topramezone), grew "substantially", while the insecticides, Counter (terbufos) and Thimet (phorate), also made significant contributions, the company says. Amvac acquired Counter and Thimet from BASF in 2005 and 2006, respectively. It gained North American rights to topramezone in 2005.
The acquisition of Counter after the third quarter of 2006 boosted new business revenues by about 4%, while organic growth was up by about 7%, says Amvacs president and CEO Eric Wintemute. Sales of the companys cotton insecticide, Bidrin (dicrotophos), increased in the third quarter due to greater pest pressure, but its sales for the first nine months of the year were down due to the shift from cotton to maize in the US this year. Drought in the south-east of the US significantly reduced demand for Amvacs mosquito control product, Dibrom (naled), in the third quarter. Sales were down by about 50% on a "normal" third quarter, Mr Wintemute says.
Amvacs operating income rose by 31.9% to $10 million in the third quarter, while net profit was up by 28.2% to $5.4 million. The companys gross profit margin fell slightly from 44% in the third quarter of 2006 to 43% in the same period this year.
Sales of maize soil insecticides and fumigants are expected to drive further revenue and earnings growth during the remainder of 2007. Amvac expects to see significantly higher sales of maize soil insecticides in the fourth quarter of 2007 than in the same period last year. It is repositioning these products for use on refuge areas of non-genetically modified maize in insect resistance management programmes. It also sees opportunities for the use of Counter to control secondary pests, such as nematodes, in certain areas. Trials conducted this year point to economic advantages from using Amvacs insecticides with GM insect-resistant maize, but yield results have yet to be analysed.
If demand for its maize soil insecticides continues to grow, Amvac may relocate its filling and delivery functions for its closed-system SmartBox applicators from Axis, Alabama to its newly acquired facility in Hannibal, Missouri. Amvac considered manufacturing Counter and Thimet overseas, but rising costs in India and China, along with commitments from US raw material suppliers, convinced the company to continue manufacturing the products at the Hannibal site. An "over-riding" factor in its decision to acquire the plant was its "state-of-the-art" waste disposal facility, Mr Wintemute says. The company also favours domestic production facilities because of greater cost controls in the long term. The facility could be used to manufacture other products for third parties or for Amvac in the future, he adds. The plant is operating at about 35% of its capacity.

BASF operates the Hannibal plant for Amvac and it also distributes Counter and Thimet in Central America. Amvac is looking to take over this business in 2009. Amvacs international business has performed well this year, particularly in Mexico. It expects to see further growth in Mexico and Central America next year.