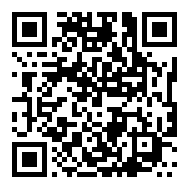 The Food Safety and Standards Authority of India (FSSAI) has prepared draft rules on "Operationalizing the Regulation of Genetically Modified Foods in India". The draft document is available on FSSAIs website for comments from concerned stakeholders including the public.

The FSSAI intends to implement a safety assessment and approval process for GM foods that leverages existing regulatory capacity within the Government of India, notably within the Department of Biotechnology, Ministry of Environment and Forests (MoEF) and the Indian Council of Medical Research (ICMR).

The draft rules emanate from the provisions of the Food Safety and Standards Act, 2006, which empowers the Food Safety and Standards Authority of India (FSSAI) to regulate GM foods including food stuffs, ingredients in foodstuffs and additives including processing aids derived from Living Modified Organisms where the end product is not a Living Modified Organism whereas the R&D, environmental release and commercialization of GMOs would continue to fall under the existing EPA Rules 1989, thus regulated by GEAC of MOEF and RCGM of DBT.

For more information about biotech development in India contact b.choudhary@cgiar.org and k.gaur@cgiar.org