EU to give GM crops go-ahead 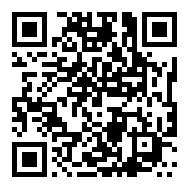 According to the proposal, the EU executive commission would be given the power to approve GM varieties, with individual member states able to decide whether to approve or reject cultivation.

The rules will be adopted on 13 July, Reuters understands.

In the 2010 roadmap for the adoption of Genetically Modified Organisms (GMO), European Commission President Jose Manuel Barroso said he supported the implementation of a faster GM approvals process.

"In an area like GMOs it should be possible to combine a community authorisation system, based on science, with freedom for member states to decide whether or not they wish to cultivate GM crops on their territory," Mr Barroso said.

The new rules were drawn up by health and consumer affairs commissioner John Dalli, and are based on a joint Austrian Dutch proposal, which President Barroso pledged to implement last year as part of his bid for reappointment.

Mr Dalli previously supported the approval in March of a GM potato used in starch production. The potato was the first new GM crop to be approved for cultivation in 12 years.

At the time of the approval Julian Little, chairman of the Agricultural Biotechnology Council, which represents GM plant breeders, said change was needed.

"If we are serious about allowing UK farmers to produce high quality, affordable food for consumers, they must be given the freedom to choose modern, efficient farming methods based on tried and tested science, including the use of GM crops," he said.

Friends of the Earth (FoE), which opposes GM crops, had a mixed reaction to the news of the proposed changes.

"This is a welcome opportunity for countries in Europe to ban genetically modified crops but it could open the door for pro-GM member states to cultivate GM crops," food and agriculture campaigner Adrian Bebb said.