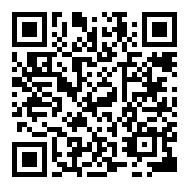 Ihara’s new fungicide Totalit (chlorothalonil + benthiavalicarb-isopropyl) was launched this week in Brazil as an effective alternative to combat mildew, late blight and alternaria blight. The product is recommended for the crops of lettuce, potato, tomato, onion and grapes.
According to Ihara, the big differential of the product is its “high adhesiveness on the plant and the double action mechanism, acting in a systemic and contact form.” Luis Demant, fungicide manager at Ihara, explained that the product had among its differentials the possibility of being applied at any stage of planting, offering high protection to crops.
“With low risk of resistance and a longer period of action in the plant, Totalit is also effective in protecting the crop in climate conditions that are favorable to disease, thus avoiding production losses,” mentioned Ihara’s fungicide manager.
The control of late blight and alternaria by Totalit offers “a synergy effect and combined assets of multiple action, protecting in a preventive way the entire crop cycle under conditions that are favorable to the growth of disease-causing fungi.”
The product marks the entrance of Ihara for grapes, which today has mildew as one of its major problems in development. The disease is common when it is not controlled, causing the abortion of flowers and fruits, as well as early defoliation, hampering the plant productivity.