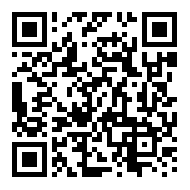 A novel herbicide formulation containing a low dose of IPU plus another, unnamed active ingredient is producing such promising results in trials that it could soon be developed commercially for the UK and European market.

The hope is that the small amount of IPU (Isoproturon) involved - a 70% reduction of the previously registered rate - will help any potential product gain approval, perhaps as soon as 2012, says Graham Dickinson, Rotams regional manager for UK and Northern Europe.

Before being banned in the UK last year after persistent leaching problems, IPU had been widely used, pre- or post-emergence, offering cheap, effective control of a wide range of broadleaved weeds and meadow-grass in cereals and useful activity on blackgrass.

Its loss reflects the need to protect existing chemistry, Mr Dickinson believes. "We have to get more out of existing actives and maintain their approvals. We can no longer rely on new molecules coming to the rescue."

As such, Rotam is moving away from straight generic production and is developing its own formulations and mixes based on post-patent actives to improve efficacy, ease of use and safety, he says (see below).

The new low-dose IPU formulation reflects that philosophy, he adds. "It contains about 70% less IPU than the previous 1500g/ha maximum, which we believe will overcome the leaching problem. On results so far it appears to have similar efficacy on broadleaved weeds and annual meadow-grass.

"We are also studying its usefulness at suppressing blackgrass to help with anti-resistance strategies and to buy more time in the autumn to take the pressure off Atlantis (iodosulfuron + mesosulfuron) in the spring.

"We hope the Chemicals Regulation Directorate will be interested - it would cost about £500,000 to go through the registration process but, with no new blackgrass chemistry for at least five years, it could offer significant cost benefits."

Observation trials in the UK last year suggested the approach was worth a closer look. Registration trials started in earnest this year and Rotam plans to test it more widely next season.

"If we get the sort of results we expect, then a product could be on UK farms in a couple of years time," says development manager James Anderdon.

It would be positioned at the pre- to early post-emergence timing, he adds. "We are not expecting complete blackgrass control, and we have to find out how far we can push it in terms of blackgrass populations. But it could be very beneficial as a holding spray."

Other new herbicides on the way include a new combination of cleavers killer fluroxypyr (as in Starane) and thifensulfuron-methyl, which has good activity against a range of broad-leaved weeds and volunteers. It could be available for cereal growers by spring 2011.

"As well as broadening the spectrum of fluroxypyr it also enhances its activity, so it can be used earlier," Mr Anderdon explains. Two new sulfonylurea mixes for use in cereals are also planned.

New fungicide products include a tebuconazole/chlorothalonil combination at 125/375g/litre respectively, with a standard application rate of 1.5 litres/ha. "It could be on the market next spring as a cost-effective product for the T0 timing," says Mr Dickinson.

Source: FWI
Click to bookmark and build your agrochemical knowledge base
Print
ForwardShare