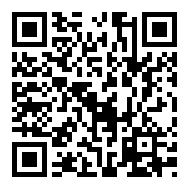 Given the very steep slopes where production occurs in La Axarquía (Spain), mechanization is not possible, obligating farmers to use manual labor and mules in the same environmentally-friendly way they did in ancient times.

Five traditional farming systems in China, Korea and Spain have been designated by FAO as "Globally Important Agricultural Heritage Systems".
These include two sites in Spain which are the first such sites ever to be recognized in Europe– the Malaga Raisin Production System in La Axarquía and the Salt Production System in Añana.
Two sites in China were also named - an integrated system of agriculture, animal husbandry and forestry (the Zhagana Agriculture-Forestry-Animal husbandry Composite System), and an integrated system that produces mulberry and fish (the Mulberry Dyke and Fish Pond System in Huzhou).
And in the Republic of Korea, the traditional production system for Hadong tea in Hwagae-myeon–a very ancient sustainable and eco-friendly way of producing tea – was also designated.
The new sites were officially recognized during the meeting of FAO’s Scientific Advisory Group (SAG) on Globally Important Agricultural Heritage Systems (GIAHS) in Rome on November 23-25.
“The newly recognized GIAHS sites represent a wide variety of agricultural practices and showcase how traditional knowledge, together with strong cultural identity and a harmonic relationship with nature, can create sustainable agricultural systems, while maintaining landscape features, biodiversity, natural resources, as well as providing food and livelihood security to local farmers over time,” said GIAHS Programme Coordinator, Yoshihide Endo.
“The two Spanish sites present very unique characteristics and represent the heritage of sustainable agriculture in Spain, with very long history and strong cultural values related to the production systems,” he added noting that this is a “historical designation” since they are the first GIAHS sites recognized in Europe.
Launched by FAO in 2002, GIAHS are defined as “remarkable land use systems and landscapes which are rich in globally significant biological diversity evolving from the co-adaptation of a community with its environment and its needs and aspirations for sustainable development.”
Such sites are different from conventional heritage sites or protected areas. They represent dynamic, human-managed agricultural ecosystems that reflect not only site-specific ecological conditions but also local farming and food traditions and culture.
The five new designations bring the number of GIAHS systems to a total of 44 sites in 19 different countries in Africa, Asia, Latin America, the Near East, and now Europe.
About the new sites
China: The Zhagana Agriculture-Forestry-Animal husbandry Composite System
Stretching across the area where the Tibetan Plateau, the Loess Plateau and the Chengdu basin converge, this unique agricultural production systems consists of a tightly self-contained and self-sufficient mix of agriculture, forestry, animal husbandry that ties together both the landscapes’ diverse vertical and horizontal zones. The system not only sustains the livelihoods and food security of local residents but also serves important ecological functions, supporting soil and water conservation as well as preserving biodiversity.
China: The Huzhou Mulberry Dyke and Fish-Pond System
This wetlands-based food system originated more than 2500 years ago and is based on a harmonious and ecological cycling of nutrients and energy. Over thousands of years, locals dug up mud and converted lowland areas in this lake-, pond- and river dotted area into fish ponds. They planted mulberry trees planted on pond dykes to feed silkworms; silkworm feces is used to feed fish; fish excrement enriches the pond mud; dug-out mud in turn provides fertile soil for the mulberry trees.
Republic of Korea: Traditional Hadong Tea Agrosystem, Hwagae-myeon
Hwagae-myeon is Korea’s prominent tea-producing area. This nature-friendly agricultural system requires minimum human intervention in is in close symbiosis with nature. Instead of using artificial fertilizers, residents of Hwagae use a traditional organic compost, known as pulbibae, made of by-products from region’s oak forests, to nourish their crops.
Spain: The Raisin Production System of La Axarquía
Vine growing- and raisin production in La Axarquía, Málaga, in southern Spain, are done by hand using traditional techniques passed down over generations. Given the very steep slopes where production occurs, mechanization is not possible, obligating farmers to use manual labor and mules in the same environmentally-friendly way they did in ancient times.
Spain: The Salt Production System of Añana
Salt production in this small valley in the mountains of Spain’s Basque Country is possible thanks to unique springs running up through a gigantic underground vault of the mineral, a remnant of  a sea that disappeared millions of years ago. The landscape of the Valle Salado is defined by a complex, gravity-powered brine distribution and storage system that has been used for millennia.