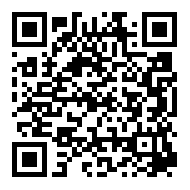 Favorites Print
ForwardShare
Nov. 29, 2017
Paraguay’s Ministry of Agriculture and Livestock released commercially a new variety of corn and another genetically-modified version of cotton, according to the recommendations given by the National Commission of Agricultural and Forest Biosecurity. The release was made through Resolution No. 1469 for 2017 and Resolution No. 1473 for 2017, respectively.
It is a new corn variety that contains the events MON-89034-3xDAS-Ol507-1xMON-00603-6xSYN-1R162-4. The events grant protection against the attack of the main pests of lepidopteran insects, such as Diatraea saccharalis, Spodoptera frugiperda, Helicoverpa zea and Agrotis ipsilon. It brings tolerance to herbicides based on glyphosate and glufosinate-ammonium.
In the case of cotton, it contains the events MON-15985-7XMON-88913-8, which bring the same characteristics of tolerance to glyphosate and protection against the attack from lepidoptera such as Helicoverpa spp., Pectinophora gossypiella, Heliothis virescens, Spodoptera spp. and Alabama argillacea.