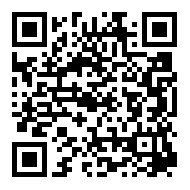 By Think Real - On 27 Sept., 2017, China's glyphosate giant Hubei Xingfa Chemicals Group Co., Ltd. (Hubei Xingfa) published a notice saying that it plans to acquire no less than 51% shares of Inner Mongolia Tenglong Biological Fine Chemicals Co., Ltd. (Inner Mongolia Tenglong) with cash after reaching an agreement with its controlling shareholder, Hubei Xiantao Xianlong Chemical Industry Co., Ltd. (Xianlong Chemical).
It was shown in the notice that Inner Mongolia Tenglong was established on 28 Sept., 2010 with the registered capital of USD10.1 million and located in the Wuda Industrial Park of the Wuhai Economic Development Zone. It is under the holding of two, namely Xianlong Chemical and Jiangsu Tenglong Biological & Medicinal Co., Ltd., with the shares of 70.0% and 30.0% respectively. Inner Mongolia Tenglong is engaged in the production and sale of glyphosate technical, methanol, methylal, chloromethane, triethylamine, sulphuric acid, chloroacetic acid and dimethyl hydrogen phosphite.
As stated in the notice, with its good location in the industrial park, it can enjoy the good basic conditions for fine chemicals with its 50,000t/a production device of glyphosate technical. The acquisition this time will favor its optimization of its glyphosate business, further consolidate its leading position in the industry and strengthen its sustainable development ability.
According to the notice, by 30 June, 2017, the total and net assets of Inner Mongolia Tenglong had been USD255.2 million and USD10.5 million respectively; it got a revenue of USD62.9 million during Jan.-June when it lost USD1.1 million.
Hubei Xingfa is one of the largest producers of glyphosate by capacity in China. Its subsidiary, Hubei Taisheng Chemical Co., Ltd., whom it holds 75% shares, has the capacity of 130,000t/a of glyphosate and 80,000t/a of glycine, the latter of which can be used for all of its glyphosate production. It boasts obvious comprehensive cost advantage.