Vegetable breeding for timing Is only part of the picture 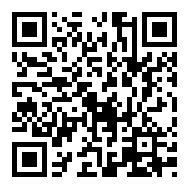 Early and late season varieties give growers flexibility and allow them to sequence crops so harvest crews have steady work over a longer period. But those varieties also need other traits like disease resistance and taste.

Johnson is developing a series of high-yielding baby leaf spinach that will be appropriate for every season, and have complete resistance to all races of downy mildew, using inbred parents that are inexpensive and reliable seed producers.

Like all the breeders, Johnson says he’s unable to give details of what he hopes to introduce in the next few years.

“But, if it is successful, I expect that it will be on the market in three to five years,” he says. “Within one year, I’m reasonably optimistic that one or more of my first spinach hybrids will prove to be marketable, and that they will be in the manufacturing pipeline by 2019 and available to growers in 2020 or 2021. In my first look, some appeared competitive.”

Dustin Batt has been in charge of the company’s early-season sweet corn program for years, pushing and stressing hybrids with several levels of tests.
These included Crookham’s taste testing program, which developed the well-known varieties ‘Augmented’ and ‘Quad Sweets.’

The breeding has created an admirer in Rispens Seeds’ Ian Jenkins.

“As a dealer, we don’t have any of our own breeding programs. But, Crookham Company is working with the I-gene in sweet corn,” Jenkins says.
Batt and Jones’ work has resulted in two new varieties, ‘Euphoria,’ which is an ‘Augmented’ variety, and ‘Temptress,’ which descends from ‘Quad Sweets.’

“With the amazing level of experience handed down and working with one of the largest sweet corn seed banks in the world, we have some intriguing, tasty items with added health benefits coming to the market,” says Batt.