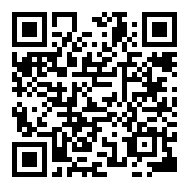 Investors willing to bet on a normal Indian monsoon should take a look at Nagarjuna Agrichem. While the scrip appears attractively priced at present, its future earnings growth appears sustainable, thanks to its major expansion drive.

Financials : In the five year period ended March 2010, the company has grown its net sales at a cumulative annualised growth rate (CAGR) of 17.6%, while the profits grew at 19.5%. In fact, the profit figure was stagnant till FY08, which more than doubled in the past two years.

BUSINESS: Hyderbad-based NACL was established in 1994 for producing monocrotophos and has progressed to manufacture various technical as well as formulation agrochemicals. The company has a technical plant at Srikakulam with a capacity of 8,800 TPA and has formulation plants at Ethakota and Shadnagar with combined capacity of 32,000 TPA.

Nearly 70% of the company’s sales come from insecticides, 17% from fungicides and 13% from herbicides at present. In FY10, nearly two-thirds of NACL’s revenues came from domestic sales and the rest from exports. Half of its domestic revenues came from southern India and from paddy-specific products.

The company has total diversified portfolio of 54 pesticide brands with 26 insecticides, 15 fungicides, 11 herbicides and two plant growth regulators. It has extensive distribution infrastructure through 33 warehouses, 9,250 dealers in 370 sales territories.

Besides, the company also has toll manufacturing arrangements with various global MNCs for agrochemicals as well as fine chemicals.

Growth Drivers: The company, which was traditionally focused on rice, is zeroing in on expanding its product offering. It had launched nine products in FY10 and has recently launched seven new products further strengthening its product portfolio. It also plans to expand its retail business geographically by increasing the number of registrations in other countries.

NACL is planning a capex of Rs 350 crore to set up technicals plant in Vizag SEZ and an R& D centre in Hyderabad. The new plant that will involve capex of Rs 250 crore will have capacity of 8,000 tonne in phase I. While Rs 25 crore will go for the R&D centre and Rs 75 crore will be invested to debottleneck its existing plants. The SEZ plant is expected to come up in FY12.