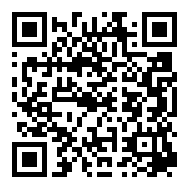 After over two decades without new technologies available, Japanese company Summit Agro launched in Argentina the herbicides Fierce (Flumioxazin) and Yamato (Pyroxasulfone).
“The two tools will be the key to rotate the active ingredients and face the serious problem of resistant weeds,” explained agronomist Mara Pavan, R&D manager at Summit Agro.
Pavan also explained that the company is “tirelessly working to exploit the new tools and active ingredients” in a scenario with 27 biotypes of 17 species of weeds resistant to four action mechanisms from herbicides and Summit Agro brings that to the Argentinian field.
Marcos Mares, vice-president at Summit Agro, said, “There were a few agents in the agricultural sector that predicted the complications that arose from the simplification of the agricultural system on weed management. The dedicated investment merely at the development of new molecules of herbicides reduced from the 1990s and today we did not expect to have new modes of action to face it.”
“We know that the system of RR soybeans plus glyphosate, as the only weed management model, would come to an end in the short-term due to the discouraging outlook. Summit Agro is present in the Argentinian sector with a new chemical family of herbicides, the ISOXAZOLINES. These technologies will usher in a new mode of action to rotate active ingredients and fight the resistant weeds,” Mares affirmed.
Pavan revealed more details on the actions of this new molecule. “This is the technology of residue herbicides with a wide spectrum of control of grass and broadleaf weeds that can be sprayed on pre-planting of crops like wheat, barley, soybeans, and corn,” he said.
“The chemical family (ISOXAZOLINES) has characteristics that make it different from the rest giving it stability in the environment thanks to its marked residuality, low water requirements for its incorporation, no retention in stubble, little potential for leaching and high photostability,” the expert stated.
Yamato has registration on the wheat pre-emergency and pre-seedling of barley. “It is expected that in its adoption there will be a solution for the Lolium spp. and Avena sp. because today there are no other pre-emergent tools for the management of both problems,” Pavan assured.
Fierce is a result of a combination of the Axeev Technology with Sumisoya Flo and has registered for the pre-seedling of corn and soybeans, and constitutes a revolutionary tool for the management of Amaranthus spp. and grasses such as Echinochloa colona, Chloris spp., Eleusine indica, Digitaria spp., etc.
“Fierce will open the way to an encouraging scenario for the vast regions of our country, where these problems threaten the sustainability of these crops,” the agronomist said.
View More