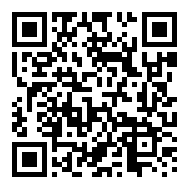 Brazil is expected to win a larger share of China’s soybean imports in coming months, hitting U.S. exporters during the peak marketing season for their most valuable farm product as the world grapples with a fifth consecutive bumper crop.
China is expected to buy about five million tonnes of soybeans from Brazil for the fourth quarter of 2017, two senior trade sources said, double the 2.49 million tonnes shipped over the same period last year.
For U.S. soybean exporters, the October-December period is crucial, accounting for an average of 53 percent of calendar year shipments for the past five years, according to U.S. Census Bureau trade data.
China, the top importer of American agricultural goods, ships in more than 60 percent of the oilseed traded worldwide. Brazil normally has little left for exports by around October, but a record 2016/17 crop of 114.1 million tonnes means it still has unsold stocks.
“As far as prices are concerned, Brazilian beans are competitive and they have stocks to sell,” said one Singapore-based senior executive with an international trading company that has soybean processing facilities in China.
“It is a worrisome situation for U.S. exporters.”
Soybeans are the United States’ most valuable farm product, with sales of $22.8 billion in 2016 - 17 percent of overall agricultural goods trade for the year.
BEAN MOUNTAINS
World soybean production stood at an all time-high at 351.254 million tonnes in the 2016/17 crop year, with output hitting record highs in three out of the prior four years.
Production is projected at the second highest on record for 2017/18, with the United States on track for a record crop of 120.582 million tonnes just as the weather in Brazil improves following concerns over dryness.
“We expect Brazilian weather to remain crop-friendly over the next few months,” said one agriculture analyst at an international bank focused on commodities. “Brazil’s next year’s bean crop is expected to hit the market by February-March. It gives the U.S. hardly any time to boost sales.”
Brazilian farmers have so far planted 30 percent of the soybean area, roughly in line with the five-year average.
As of last week, U.S. farmers had finished harvesting 83 percent of their crop.
Benchmark Chicago soybean prices are poised for their first rise in three weeks as the market recovers from a two-week low made on Oct. 27.
Brazilian and U.S. soybean prices are quoted at similar levels, at around $420-$425 a ton, including cost and freight, for November shipment to China.
But traders and analysts said Brazilian quality is usually better in terms of meal and oil extracted after processing, although this year the country’s crop has a higher volume of damaged beans.
The United States is also suffering from quality issues because of damage from hurricanes and other adverse weather.
A protein shortfall in this year’s U.S. soybean crop has forced processors like Bunge Ltd to cut the amount of the nutrient they can guarantee in soymeal, prompting concerns that animal feed costs and meat prices could rise.
“U.S. beans need to come at a discount, especially from the U.S. Gulf,” said one China-based trader, who declined to be named as he was not authorized to talk to media.
China’s official data shows the last three months of 2017 will be above average for Brazilian soybean arrivals. Between 2010 and 2016, bean arrivals in China from Brazil over the final three months of the year averaged 3.531 million tonnes.
View More