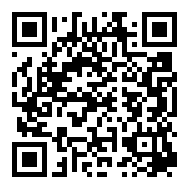 On the 17th October, Chinese Ministry of Agriculture approved penoxsulam registrations filed by 17 production enterprises, of which Shandong Luba Chemical obtained full registration of penoxsulam 98% TC with the register No. PD20172307, which shall be valid until 17th October 2022.
In 2015, Shandong Luba Chemical launched a refurbishment project covering 12,000-ton high-efficient and low-toxic pesticide production lines with a total investment of Yuan115.56 million. The refurbishment also included a spending of Yuan13.12 million on environmental facility and an annual 100-ton penoxsulam technical production line was part of the refurbishment.
Penoxsulam is a triazolopyrimidine sulfonamide herbicide developed and produced by Dow Agrosciences, which is currently the most widely applied herbicide in rice field. The product not only controls various paddy rice weeds but has also an effect on control of barnyard grass which has become resistant to sulfonylurea and Acetyl CoA carboxylase inhibitors. With the increased volume of aquatic weeds year by year, the scope of application of penoxsulam has become broader, being more and more popular among users. The product, without difficulty, stepped into the list of single agent with $100 million sales after 6 years since its market launch.
In 2008, Dow Agrosciences obtained registration of penoxsulam in China. At present, the penoxsulam compound patent has expired (valid till 22nd September). Up to date, there are 29 production enterprises in China having registered penoxsulam technical. Among them 27 enterprises obtained registration just in 2017 and all their penoxsulam registrations are for penoxsulam TC 98%.
View More