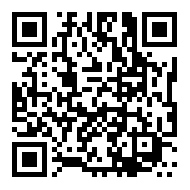 Data from the Union Ministry of Agriculture show a positive all-India trend, with the usage of bio-pesticides across the country rising faster than that of chemical pesticides.

Data from the Directorate of Plant Protection, Quarantine & Storage, Union Ministry of Agriculture & Farmers Welfare, show that in 2010-11 the all-India consumption of bio-pesticide was 5,151 tonnes, which has increased to 6,340 tonnes for 2016-17.

Although the numbers for 2016-17 are provisional, they indicate a definite upward trend. Moreover, chemical pesticides consumption is seen rising only incrementally, from 55,540 tonnes to 57,000 tonnes for the period under review.

Unlike chemical pesticides, which are made from industrial chemicals, bio-pesticides are derived from plant extracts, fungi, bacteria, protozoans and minerals. They are used for crop protection and are found to be benign for both humans and the environment.

Source: The Hindu Business Line
Click to bookmark and build your agrochemical knowledge base
Print
ForwardShare