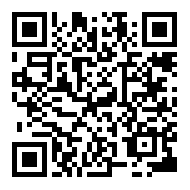 In a landmark move yesterday, the European Parliament’s Environment Committee has backed a full ban on glyphosate-based herbicides by December 2020 and immediate restrictions on its use.
The Committee on the Environment, Public Health and Food Safety (ENVI) voted to back an objection to the European Commission’s proposal for a new ten-year license for the continued use of glyphosate.
Glyphosate’s approval under the EU Directive on the placing of plant protection products on the market is set to expire on 15 December 2017.
The objection also called on the Commission to “adopt necessary measures” to phase out glyphosate no later than 15 December 2020 and ensure that no use of glyphosate is authorised after that date.
The Committee has said that this should start with a complete ban on household use and a ban in use for farming when biological alternatives are found which work well for weed control.
All MEPs will vote on the resolution at the Plenary session in Strasbourg on 24 October. A vote on the Commission’s proposal to renew the marketing authorisation of glyphosate will be held the following day.