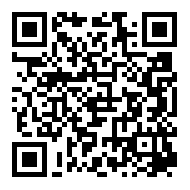 Favorites Print
ForwardShare
Nov. 12, 2007
Dow AgroSciences has gained the first approval for its cereal graminicide, Admitt (pyroxsulam 7.5%). It has been registered in Chile and will be launched in May next year.
Admitt provides pre-emergence control of a range of grass weeds, Avena spp, Alopecurus spp, Apera spp, Bromus spp and Lolium spp. The water-dispersible granule formulation is generally recommended for use at an application rate of 250 g/ha, with other rates depending on the target weeds and their growth stage. -In laboratory and field tests, the molecule has shown the widest-spectrum control for a graminicide in the industry," Dow says.
Pyroxsulam is a member of the triazolopyrimidine sulphonamide family, which has yielded a number of herbicides for Dow. They include flumetsulam, metosulam, cloransulam-methyl, diclosulam and penoxsulam.
The active ingredient has shown positive environmental characteristics including fewer crop rotation restrictions than many competing products, Dow says. Pyroxsulam will -strengthen the company's position as a leader in cereal herbicides", it adds. The company intends to extend the life cycle of some existing products through proprietary mixes with the ai.
Dow expects the first European registrations for pyroxsulam next year, with the UK acting as EU rapporteur. It anticipates registrations in 45 countries including Australia, Canada and the US. The product will be marketed mainly as Broadway in Europe, Powerflex in the US, Crusader in Australia and Simplicity in Canada.
View More