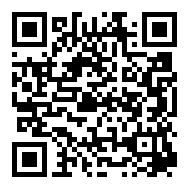 On September 30 this year, a technical transfer covering the herbicide products Monosulfuron and Monosulfuron-ester was executed by Nankai University and the Hebei Xingbai Pharmaceutical Group.
The signing ceremony was held in Nankai University, and the Agreement of Transfer was signed by Professor Li Zhengming of Nankai University, an academician of Chinese Academy of Engineering and Liu Zhongxu, the board chairman of Hebei Xingbai Pharmaceutical Group.
Monosulfuron is China’s first high-efficient and environment-friendly herbicide with independent intellectual property rights. This novel ultralow-dosage herbicide has passed strict examination and verification conducted by the state authorities with respect to its property of chemistry, efficacy, production process, toxicity, environmental impact, pesticide residue, degradation, non-target and next-stubble crop impact. The assignment fills up China’s gap in industrialized innovative herbicide and is regarded as a breakthrough in the innovation of novel pesticide, which used to be under the control of major industry players in developed countries such as the United States, Japan, Germany and Switzerland.
Monosulfuron-ester is another new herbicide developed by Nankai University following the innovation of the novel Sulfonylurea herbicide Monosulfuron. Compared with the primary wheat field herbicides presently available in the market, the Sulfonylurea herbicide has the features of small dosage, high efficiency, environment-friendly application and lower cost of application.
Each Mu of wheat field requires only 1.5 grams of the active ingredients of the Sulfonylurea herbicide formulation, being very effective in the control of major wheat field weeds, such as Descurainia Sophia, Shepherd's Purse and Goosefoot. The product has a high herbicidal activity and its average control efficacy can reach as high as 96.7 percent.
Monosulfuron-ester has been used widely in North China for the dedicated purpose of weed control in wheat fields. So far, the product has been promoted for application to over 2 million Mu of wheat fields, with an achieved sales of Yuan3 million, which has generated social benefits of Yuan160 million. The application of the product not only increases yield, but also saves labor to a large extent.