Who owns who? A farmer’s guide to seed company mergers and acquisitions 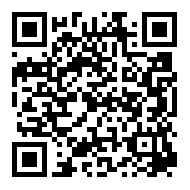 −− A South Dakota farmer and seed dealer charted the family trees of some of the major seed companies in the Midwest.

Favorites Print
ForwardShare
Oct. 10, 2017
Robert Walsh, an Elk Point, S.D., farmer and seed dealer, has charted the family trees for some of the major seed and chemical companies in the Midwest.

“I’m really interested in history,” says Walsh, who graduated from University of South Dakota with a major in biology and minors in history and chemistry. He currently runs WaSoo Farm with his father, Patrick.
“My family history with Syngenta can be traced back to four of the legacy brands — Funk Seed, Golden Harvest, AgriPro and Garst — that eventually became part of Syngenta.”

His grandfather, Robert C. Walsh, was a Golden Harvest dealer and production seed corn grower for Funk Seed through J.C. Robinson Seed in Waterloo, Neb., starting in the 1960s.

Walsh took over for his grandfather in 2004, becoming a Syngenta Seed Advisor, selling Golden Harvest. In 2011, he started selling Syngenta’s Enogen corn, which is designed for the ethanol and feed industries.
Walsh has been researching seed company history for the past several years.

“I worked on it whenever I had some spare time,” Walsh says.

He combed through company websites, magazines, newspaper articles and ag biotechnology sites for a lot of the recent information on sales and mergers. For older, more obscure details, he called the seed companies directly. SEED FAMILIES: Robert Walsh made this graphic showing the family tree of several of the major corn and soybean seed companies in the Midwest.
The second is a more detailed chart of Syngenta’s brand history SYNGENTA HISTORY: Because he has been a Syngenta seed dealer for many years, Robert Walsh devoted more time to charting the mergers and acquisitions of this particular company.

Seed company history is more than interesting. It is pretty useful, Walsh says.

“One of the best ways to diversify genetics is to know the heterotic backgrounds of the hybrids you buy,” he says. “However, that information is not always readily available to growers or dealers.”

Walsh prefers to have his customers plant an assortment of Golden Harvest hybrids to spread out risk. But if you hope to diversify genetics at a similar maturity by buying from different seed companies, it would be a good idea to buy from seed companies owned by different agrochemical companies, he says.

Companies in the same “family” could be selling the same hybrid or varieties in different bags. You can learn which ones are the same if you look closely enough to find the unique variety name on the tag, but knowing which companies are in different agrochemical families is a handy shortcut.

“I hope I have created a resource that people can use to better understand how the seed and agrochemical industry has evolved over the years,” he says.