French gov’t to ban glyphosate by 2022 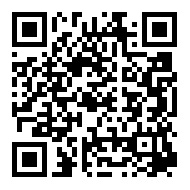 France is open to a gradual phasing out glyphosate, the government said on Monday, following complaints from farmers worried about a potential imminent ban.
Prime Minister Edouard Philippe reiterated Paris would vote against the European Commission’s proposal to extend for 10 years the licence for glyphosate, which is used in Monsanto’s Roundup, citing uncertainty about its safety.
A vote is due to take place by the end of the year.
However, Philippe said the French government had asked the farm and environment ministries to propose by the end of the year “a plan to move away from glyphosate in light of the current research and available alternatives for farmers,” signalling a readiness to accept a gradual phasing out.
A government spokesperson earlier referred to the end of the president’s five-year term in mid-2022 as a potential start date for a full ban, while Agriculture Minister Stephane Travert on Friday spoke of a five- to seven-year phase out period.
The Commission, the EU executive, proposed extending glyphosate’s licence after the European Chemical Agency (ECHA) said in a study in March it should not be classified as a cancer-causing substance, contradicting an earlier study by an agency of the World Health Organization.
A government source also said France, the EU’s largest grain grower and exporter, was asking the Commission to present a plan for phasing out glyphosate, but denied any timeframe had been set.
French farmers welcomed the prime minister’s statement.
“This means Matignon (the prime minister) is starting to understand that a full ban would be impossible to apply in France. This is already an easing in position,” Christiane Lambert, head of France’s largest farm union FNSEA, told reporters after meeting Environment Minister Nicolas Hulot.
Three hundreds farmers protested on Paris’s landmark Champs-Elysee shopping street on Friday against Hulot’s position against the renewal of glyphosate’s licence. Farmers say there is no alternative to the product.
A European Commission source said a vote due on Oct. 5-6 on the licence had been postponed for at least a month.
A failure to renew the licence by the end of the year would see a ban kick in automatically on Jan. 1, 2018.
View More