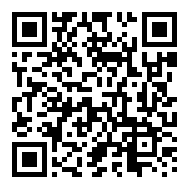 Eden Research plc (AEDEN) has received authorisation in Portugal for its first product, Mevalone (previously referred to as "3AEY").  The Portuguese authorities have issued "Authorisation for Sale" number 1012 covering the use of Mevalone for the control of botrytis (grey mould) on grapes.  Mevalone will be marketed in Portugal by Eden's partner, K. & N. Efthymiadis S.A.


Mevalone is a terpene-based fungicide that targets Botrytis, a widespread fungal disease that causes grey mould on many fruits and vegetables leading to the rapid loss of commercially valuable crops.
The approval is a significant milestone for Eden and grants the Company access to another one of the top European grape producers. Mevalone, sold under varying trade names in different countries, has already gained approval in multiple countries including Spain, Italy, Kenya, Malta, Greece, Bulgaria and, mostly recently, France.  Furthermore, Mevalone has already had significant commercial success in many of these markets.
Sean Smith, Chief Executive Officer of Eden, commented: "We are delighted to announce that we have gained authorisation for the sale and use of Mevalone in Portugal, further-increasing Eden's geographic footprint. Together with Italy, France and Spain we now operate in the four largest grape producing countries in Europe, and we continue to expand into additional countries worldwide.
"Botrytis has the potential to destroy up to 30% of a vineyard in a matter of days. Consequently Mevalone plays a very important role in the treatment of this disease. This approval from the Portuguese authorities opens up significant opportunities for additional crops in Portugal through minor and/or emergency use label extensions.  Italy recently received emergency authorisation for the use of Mevalone on pomegranate, and we expect to realise further extensions in many current and new territories.
"Today's announcement is an important commercial opportunity for Eden and we are pleased to be working with our partner, K. & N. Efthymiadis S.A., to develop the Company's presence in Portugal. In addition, it is a positive indicator of the regulatory progress Eden is making and we look forward to further approvals in due course."
Eden will report its interim results for the six months ended 30 June 2017 on 29 September 2017.
View More