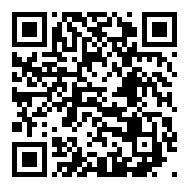 Favorites Print
ForwardShare
Sep. 15, 2017
BASF SE historically has boasted one of the widest portfolios in the chemicals industry, including products as dissimilar as cassette tapes and ulcer treatment. But it took a not-so-gentle nudge from the $160 billion wave of consolidation sweeping the agrochemical industry for the company to finally embrace seeds.

Spurred into action by the $66 billion creation of DowDuPont Inc. and Bayer AG’s planned $66 billion takeover of seed maker Monsanto Co., the German maker of herbicides is bidding for a package of seed and chemical assets that Bayer needs to divest to win approval for its deal, according to people familiar with the matter. DowDuPont Inc. and Syngenta AG also are competing for Bayer’s canola, cotton and soybean seed varieties, as well as the Liberty herbicide system, which could be valued at more than $5 billion combined, the people said.

The mergers are creating integrated seed and agrochemical giants, forcing Ludwigshafen-based BASF to rethink its previous decision to shun seeds. Having explored combinations with DuPont and Monsanto in the past, BASF sees Bayer’s antitrust-driven asset sales as a way into the market at this late stage, said the people, who asked not to be identified because the bidding is private. “The acquisition of Bayer assets could work,” said Sebastian Bray, an analyst at Berenberg Bank in London. That BASF would look at all ways to enhance it’s agriculture business is “understandable.”

Under Chief Executive Officer Kurt Bock, BASF’s strategy until recently has been to focus on the firm’s core expertise in chemistry, rather than diversify into biology and genetically modified crop varieties. In June, after years of sticking to developing fungicides and crop-protection chemicals, Chief Technology Officer Martin Brudermueller said in an interview that BASF was looking to see whether seeds “makes sense.”

BASF stood apart from competitors by not building a seed business. Bock found that an in-house program to create a starch-rich potato called Amflora was an unproductive and expensive foray. The lack of appetite for genetically modified crops in its home European market meant BASF struggled to commercialize Amflora, which produced modified starch for the paper industry.

Having watched as Syngenta was bought by China National Chemical Corp., and failing to intervene in deal discussions involving Monsanto and DuPont, BASF now risks being the only agricultural products company that can’t offer farmers the full gamut of crop protection and seeds. That is, unless it can secure the Bayer assets.

Bayer has increased the size of the package it’s divesting, adding soy to help persuade regulators that competition in that industry would be protected, the people said. While there may be scope for bidders to pick and choose individual assets, a company coming forward with an offer for the entire portfolio may be more competitive, they said.

“The company’s strict adherence to its 10 percent returns criteria for M&A and the potential presence of other bidders with deep pockets -- ChemChina et al -- leaves me a touch skeptical on whether a deal would actually go ahead,” said Berenberg’s Bray. “This is not the first time rumors have surfaced about BASF making potential acquisitions in agriculture.”

Syngenta Chief Executive Officer Erik Fyrwald has made expansion in seeds a cornerstone of his strategy. The Swiss company is planning to sell about $7 billion of bonds to help refinance borrowings related to its acquisition by ChemChina, yet has the advantage of financial backing from a state-owned company for growth projects.

Source: Bloomberg
Click to bookmark and build your agrochemical knowledge base
Print
ForwardShare