The future of GMO food 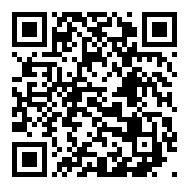 −− Herbicide and insect resistance are the most commonly engineered traits, but nitrogen fixing for cereals that don't already do so could be a game changer for farmers in developing nations Nearly all the canola grown in Canada is genetically modified. This field is in Saskatchewan Credit: Nas2 Wikimedia

The recent announcement that a genetically modified (GM) salmon had reached Canadian consumers was a rare leap forwards for GM foods. More than two decades after the commercialization of GM plants, this is the first GM animal to reach the market.

The fast-growing salmon can reach market size in 18 months, roughly half the time its non-genetically modified counterpart, and requires less feed. This could bring both business and environmental benefits, and the approval may pave the way for other GM animals.

Scientists are working on disease-resistant pigs, bird-flu resistant chickens, hornless dairy cows and highly productive sheep. But don’t expect to be eating genetically modified lamb this Passover; the history of genetically modified organisms (GMOs) has shown that it takes many years to bring a new technology to market (25 in the case of AquAdvantage salmon) and plenty of innovations never make it.

The many research programs developing genetically modified plants and animals have seldom made it to fruition, and the market is dominated by a few types of modification in a small number of crops.

In 2016, 185 million hectares of land were planted with biotech crops, and the vast majority consisted of soybean, maize, cotton and canola. Almost all of this area, over 99 percent, contained crops resistant to herbicides, insects, or both.

In the last few years we have seen a rapid expansion in crops with “stacked traits” that have genes for resistance to both herbicides and insects, and in the near future this is the direction that GM agriculture will no doubt be heading in.

Another feature of the coming years will be an increase in the resistance challenge we are already facing from both weeds and insects. GM crops tolerant to glyphosate have caused over-reliance on this single herbicide, causing an ever-increasing number of weed species to evolve resistance to it.

More exciting than these crop varieties, where new releases are variations on the same theme, are the many trials taking place in universities and research institutes around the world. Disease-resistant banana, wheat and potatoes are all in the pipeline, along with drought-tolerant sugarcane and maize. Rather than focusing on the high-yielding crops that dominate agriculture in the developed world, many publically funded research programs aim to reduce the crop loss faced by farmers who lack the resources to deal with disease and climate variation.

Gaining regulatory approval and consumer acceptance will be a major hurdle for these crops, however, and how soon we see the benefits is more a social question than a technological one.

Looking further into the future, even more ambitious projects are underway which may not bring benefits for decades, if at all. The Bill and Melinda Gates Foundation, for example, is taking a gamble funding projects that aim to create cereal crops that can fix their own nitrogen. This could be a game changer for poorer farmers who can’t access nitrogen fertilizers, and elsewhere could reduce the huge environmental cost of producing and using fertilizer. The challenge is complexity. Whereas other GM crops might have a single gene inserted, for nitrogen fixation you need entire biological pathways.

It isn’t just the uses of GM technologies that are changing, but the technologies themselves. Many scientists are turning towards genome-editing tools, the most famous of which is CRISPR-Cas9. These powerful tools can be used to introduce new genes into a plant or animal, or to make more subtle changes to individual DNA base pairs. They are often much faster and cheaper than older techniques of genetic modification, potentially allowing smaller players onto the field.

In the laboratory, genome editing has been used to create disease-resistant rice and wheat, and enhance drought tolerance in maize. The lower cost means projects on smaller-scale crops become viable, and scientists are working to develop disease-resistant citrus trees and wine grapes. Field studies currently underway include early-yielding tomatoes, with the hope this could be used to create crops that are suitable for future climatic conditions.

Genome editing is not only a technological triumph, but an important distinction in the regulatory system. Countries such as the United States and Argentina have deemed that genome-edited plants won’t be regulated in the same way as GMOs, which opens up the possibility of bringing new crops to market far more quickly and cheaply.

In Europe, the future is much harder to predict. The EU has repeatedly delayed its decision on how to regulate genome-edited crops, and we’re unlikely to hear before 2018. If there is one single factor that will change the future of genetically modified foods, it is this ruling. For the benefits of genome-edited crops to be realized whilst the risks are controlled, we can only hope that the EU announces regulations that are acceptable to both scientists and society.