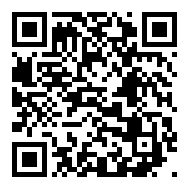 The consolidated EBITDA was equal to 11.9 Euro million, in progress of 3% (+ 0.4 Euro million) compared to H1 2016, as a result of the combined effect of:
- on one side, improved margins from sales which more than offset,
- on the other side, an increase of fixed costs and of the portion accrued to the Income Statement of the expensed research, innovation & development.

Perspectives for the current year:

The results of the second part of the year, will mostly depend upon:
1. the finalization by December 31st of new Licensing & other Business Agreements
2. the evolution of the climatic conditions particularly in South Europe.

Moreover, for the mid-term (2020) Isagro confirms the target of around 200 Euro million revenues at a consolidated level, based on the implementation of its Strategic Guidelines:
1. Discovery of new molecules by ourselves;
2. development of proprietary molecules mainly in cooperation with Third Parties;
3. Licensing & other Business Agreements to widen the commercial exploitation of our products;
4. growth in the Biosolutions business;
5. expansion of our global commercial organization;
6. selective actions of growth through acquisitions.