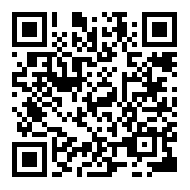 "It makes sense, from my view, that agriculture" could be the focus of the first company formed, said Seth Goldstein, an analyst at Morningstar in Chicago.

"There’s less debate about what would fall into ag and what doesn’t," said Matt Arnold, an analyst at Edward Jones in St. Louis. "For the most part, that should be pretty straightforward."

Dow and DuPont have yet to say which company will first leave the nest.

They've hired McKinsey & Co. to help the temporary holding company, which will be called DowDuPont, reassess how to divide the business holdings.

Investors are pushing for as many as six companies.

U.S. farmers face a massive wave of consolidation: In addition to the Dow-DuPont merger, ag giants Monsanto and Bayer AG are joining forces, as are Syngenta and ChemChina.

In 2016, Iowa economic development leaders reached a deal with Dow-DuPont that will help cement its 2,600 employee workforce in the state. Most of those jobs are located in Johnston.

Altogether, the company will receive $17 million in incentives, including $14 million in state tax credits and a $2 million forgivable loan.

"Dow-DuPont has made a strong ... long-term commitment in this region, both in terms of investment and employment," said Jay Byers, CEO of the Greater Des Moines Partnership, an economic development group.

"We’re very excited to work with the new company ... and feel very confident that it will have a robust and growing presence in central Iowa for a long time to come,” Byers said.

Ag giants like Dow-DuPont have argued that merging will enable them to cut costs and drive new innovations in seed and chemical development.

Many farmers fought consolidation efforts, saying it could drive higher seed, herbicide and other crop expenses. Research associate Matthew Johnson rolls a table of F.A.S.T. corn in from a greenhouse at Pioneer's Johnston research facility on Jan. 20, 2011. F.A.S.T. stands for Fast Analysis System for Traits, which allows Pioneer to grow experimental corn in 60 days.

A Texas A&M study shows seed prices climbing — 2.3 percent for corn and 1.9 percent for soybeans — with the Dow-DuPont and Monsanto-Bayer mergers.

Even though the increases are small, they come at a time when farm income has dropped dramatically, but production costs have not.

A report Wednesday showed U.S. farm income is expected to climb 3.1 percent to $63.4 billion this year, after three years of decline.

Even with the improvement, farm profits are down nearly 50 percent since 2013, while farm expenses have fallen 1.4 percent, U.S. Department of Agriculture data shows.

Before the wave of mergers, "the major seed lines — Pioneer, Monsanto and Syngenta — dominated over 80 percent of the market," Hart said.

"Arguably, these mergers will make that a little worse — but not much," he said.

Dow and DuPont, for example, were required to sell some business lines to receive regulatory approval and reduce concentration concerns.

And, Hart said, the recent round of mergers mostly marry strong seed and chemical companies, unlike combinations in the '80s and '90s, when "seed companies were merging to make bigger seed companies."


Ag company will be major player

Arnold, the Edward Jones analyst, said the new DowDuPont ag company should be a "very, very formidable player" with a "complementary portfolio that has strength in crop protection, chemicals and seed traits."

"We don’t have any concern about this company’s ability to compete, to be a strong player with crop inputs," he said.

The company's growth will depend on its ability to develop new products such as seeds that are genetically modified to be resistant to new herbicides and can garner higher prices. Farmers stand in a corn field produced with the P1197 corn traits.

Missouri has banned dicamba's use until the beginning of the year over crop damage that comes from the herbicide drifting onto plants that aren't grown from resistant seeds.

Complaints have stacked up in Arkansas, Tennessee and other states. Iowa received 74 complaints about dicamba drift and crop injury through Aug. 1.

"Should these launches flounder due to drift issues and unintended consequences, it would result in disappointing results," Arnold said.

It's a shift from large corporations believing they can manage "everything from light bulbs to turbines" as General Electric once did.

"They realized — as did many other companies — that businesses can do better when they focus on one specific thing and leverage that deep knowledge in one market," Mitchell said.

Goldstein, the Morningstar analyst, said he questions whether Dow and DuPont can find $3 billion in cost savings, especially since at least three individual companies are planned to spin off from Dow-DuPont.

Companies look to cut "back-room costs" when they combine, he said. But "one company is not the long-term plan for this deal; it's three companies," he said, adding that the administrative costs could increase.

The companies announced they would cut their workforces by 10 percent shortly after announcing their merger in 2015. Paul Schickler, former president of DuPont Pioneer, speaks during the opening of the DuPont Johnston Innovation Center in 2013.

"A lot has already been done to lean out Pioneer in recent years as the company navigated the agricultural downturn," Arnold said. "So, going forward, there’s arguably not much" to eliminate.

State records show about 470 Pioneer jobs have been cut in Iowa since 2014.

The research and development efforts in Johnston, as well as Indianapolis, will help determine the company's success.

Pioneer has made large investments in its Johnston campus over the past decade, and in 2016, DuPont agreed to invest at least $500,000 more in return for state and local incentives.

"We would expect a long-term commitment to R&D, and the reason is simple: It's the lifeblood of long-term success," Arnold said.

"Innovation is how you win in creating products that solve problems facing the farmer."

DuPont also has a cellulosic ethanol plant in Nevada, where it’s ramping up production of the biofuel.