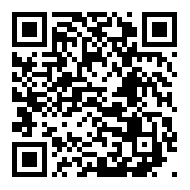 Bayer recently launched its new fungicide Cropton Xpro (bixafen + prothioconazole + trifloxystrobin) in Argentina. Cripton Xpro is a foliar product of systemic action, and can be used in a preventive and healing way.
“We are launching a triple mixture now, it has been registered for wheat and barley cereals. The concept of triple mixture works very well in resistance management,” said Rolando Bidegain from the technical department at Bayer.
Eduardo Jara, head of marketing for fungicides at Bayer for Latin America, explained: “The Xpro technology is a powerful solution for cereals based on the complementarity and synergy of the active ingredients that are composed by the new generation of carboxamides, bixafen, added to prothioconazole and trifloxistrobin, resulting in long lasting control of cereal diseases with a positive physiological impact on the plant, which helps to maximize field yields.”
According to the expert, the company offered “a proposal that considered the necessity of the producer, depending on the area, the time of entering and the importance of the crop within the rotation.”
View More