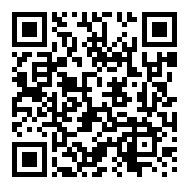 Favorites Print
ForwardShare
Jan. 9, 2008
The German Minister for Agriculture, Horst Seehofer, has suggested changes to the EU authorisation procedure for genetically modified plants. Mr Seehofer claims that the current process is questionable as it does not take public reservations on GM crops into account, the AFP news agency reports. To replace the present procedure, Mr Seehofer proposes a purely scientific process that approves or rejects GM plants, and he suggests that no new authorisations should be granted until a new procedure is in place.
There are no official plans for either a new EU system for GM approvals or a moratorium on approvals. Michel Barnier, French Minister for Agriculture and Fisheries, broadly supports the concept of a new, science-based procedure, targeted at the planting of GM crops, not the import of GM products. However, EU Agriculture Commissioner Mariann Fischer Boel is reluctant to support a moratorium, as it would slow down the time taken for GM crop approvals. She would like the approvals procedure speeded up to avert possible food price rises if the EU GM approvals process delays the import of animal feed from the US or South America.
Mr Seehofer suggests that member states or the European Commission should no longer be able to vote on GM crops, but should be able to set framework conditions for GM approvals, including co-existence between GM and non-GM plants, and labelling requirements. He goes on to propose that a specialist scientific authority should approve GM crops in the EU, in much the same way as a competent scientific authority decides on pharmaceutical products.
At present, although decisions on GM crops and products are based on an assessment by the European Food Safety Standards Authority (EFSA), member states can block an approval during voting in the Council of Ministers. To date, the necessary qualified majority of member states has never been achieved and the European Commission has gone ahead with approving GM crops and products, based on EFSA's scientific opinion. Horst Seehofer told the Reuters news agency: "One Commissioner says it's okay, the other doesn't. It is not acceptable that we politicians decide according to majorities and current moods. This is no way to proceed."
View More