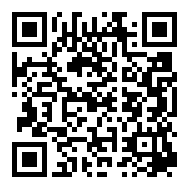 What is known as "rice blight" is a dreaded plant disease that endan-gers rice harvests throughout the whole of South-East Asia, especially India, as well as large parts of Africa and can thus lead to great hardship amongst the local population. The disease is caused by the bacterial pathogen Xanthomonas oryzae oryzae.

Professor Wolf B. Frommer, plant researcher at the Institute of Mo-lecular Physiology at HHU, has assembled an international research group to fight rice blight. The team includes scientists from Iowa State University and the University of Florida in the USA, the Institut de Recherche pour le Développement in Montpellier, France, Colombia's International Centre for Tropical Agriculture and the International Rice Research Institute in the Philippines. The researchers have found a way to make plants resistant to the pathogen.

Frommer is an expert on transport processes in plants. The sugar transporters known as SWEET identified by his research group play a key role in resistance. Plants need these transporters to bring the sugar produced during photosynthesis in the leaves to the seeds. And it is precisely this transport mechanism that the pathogens re-programme for their own purposes.

In independent studies, US-American researchers Professor Bing Yang and Professor Frank White (now at Iowa State University and the University of Florida) discovered that a protein (which later tran-spired to be SWEET) is responsible for plants' resistance to rice blight. Joint trials then revealed that the bacteria systematically activate the transporters in the rice cells and in so doing gain access to nutrients. If such activation is prevented, the bacteria cannot multiply.

Wolf B. Frommer says: "This surprising discovery has provided us with a strategy for our joint research project: We cut off the patho-gens' route to their larder - the plants' sugar stores - and starve them out."

The research project "Transformative Strategy for Controlling Rice Disease in Developing Countries" began on 1 August 2017. The pro-ject is supported by a four-year grant from the Bill & Melinda Gates Foundation. In the framework of the project, Frommer will concentrate especially on the production of elite varieties for India and Africa. He will mostly conduct his research work within the working group led by Dr. Joon Seob Eom at the Max Planck Institute for Plant Breeding Research in Cologne.

The research results can prove valuable beyond the specific topic of rice blight. Wolf B. Frommer: "Our discovery might be just the tip of the iceberg. We could use the same approach to try and combat other plant diseases and in that way hopefully make a small contribution to protecting the world's food supply." And that would also be good for the climate and the environment, since if plant diseases can be com-batted effectively, less pesticides and fertilisers would be needed worldwide to ensure sufficient harvests.