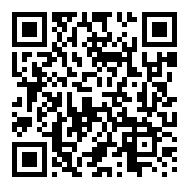 Brazilian apple producers are relying on a new alternative for the control of Oriental fruit moth (Grapholita molesta) — Nomolt 150 (Teflubenzuron). The insecticide has a recommendation for application to diverse plagues on other crops too.
“The solution is an important tool for pest control, as well as resistance management, and should be applied at the beginning of the infestation,” Rodrigo Pifano, marketing manager of Fruits and Vegetables at BASF, stated.
He affirmed that the launch of the insecticide had strengthened the company's commitment to the market to develop innovative solutions that would result in more profitability for the producer.
The new solution was launched during an event, Enfrute, which was held from July 25 to July 27 in Fraiburgo, Santa Catarina. The apple production for the year 2017-2018 is estimated at 1.2 million metric tons, 17.6% more than the previous season, according to the official data.
Currently, the ranches are in a state of dormancy, a decisive moment in anticipation of the preparations for a good flowering. Besides this, apple orchards need several hours of low temperatures at 7 degrees Celsius. Also, the apple trees should pass through monitoring, aimed at preventive management of plagues and diseases to assure satisfactory yields.
The incidence of Oriental fruit moth is common in the South of Brazil, the largest producing region in the country. Losses are caused by the caterpillars, which attack the tissues of the crop, triggering dryness and significant losses to production, mostly on late crops.
View More