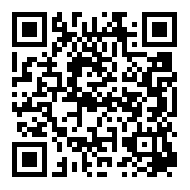 The Dow Chemical Company (DOW) recently announced several changes in key executive leadership roles. Pedro Suarez, currently Dow's North American geographical president, has been named chief commercial officer and will take over these responsibilities from Joe Harlan, who has elected to retire from the Company at the close of the Dow DuPont merger. R. Matt Davis, Dow's corporate vice president of Public and Government Affairs, will add North America geographical president to his existing responsibilities and has been named a senior vice president.
Suarez has served Dow in a variety of commercial, marketing and leadership roles throughout the globe since joining the company in 1979. He will remain located in Chicago and report to Jim Fitterling, president and chief operating officer.
"Pedro is a uniquely qualified leader in our company whose deep experience in the geographies, businesses and across a broad array of markets makes him an ideal candidate for this role," said Fitterling. "His diverse leadership approach makes him poised to lead our global commercial function to the next level, and help deliver our growth agenda."
Davis has served in a variety of communications, public and government affairs leadership roles since joining Dow in 1987. He will remain based in Midland and report to Fitterling for his North America Geographic responsibilities, and continue to be aligned to Andrew Liveris, Dow's chairman and CEO, for his Public and Government Affairs role.
"Matt has a proven track record in building strategic partnerships with stakeholders and applying his expertise and capabilities to drive a positive impact around the world," said Fitterling. "He is well positioned to continue to build Dow's North America growth agenda and reputation."
Harlan joined Dow in 2011 after more than three decades of leading key business and commercial activities at other Fortune 500 companies. Harlan is a member of Dow's Executive Leadership Council, and his deep insights have been critical in Dow's transformation to a market-driven enterprise.
"I certainly never anticipated such an exciting time for Dow when I first joined the Company 6 years ago," said Harlan. "I believe that we have successfully transformed Dow's Commercial organization to a point where after 36 years of corporate life, it is an ideal time for me to start my retirement journey and the next exciting stages of my life."
"On behalf of myself, the board of directors, and all of Joe's colleagues, we respect his decision, and will miss his contributions. We all wish him the best of luck in his future endeavors," said Liveris.