Paraguay might start imposing export taxes on soybeans and grains 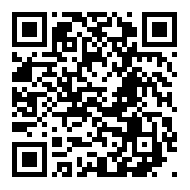 Favorites Print
ForwardShare
Jul. 4, 2017
The government of Paraguay has sent a bill to Congress, which is passed, could mean the end of the country’s “economic miracle.”
It would result in an export tax being imposed on fresh grains at a rate of 15 percent, which will be the same as the ones imposed by the previous Argentinean administration, led by former President Cristina Kirchner.
Paraguay has experienced strong economic growth in recent years, with double-digit GDP (Gross Domestic Product) growth in some cases. The expansion was mostly pushed by the farm business, especially for corn and soybeans, in which the neighboring country emerged as a major player.
According to the blog AgroSouth News, President Horacio Cartes already believes to have the votes to approve the measure. The majority would have been reached, after an agreement with the leftist opposition, led by former Paraguayan President, Fernando Lugo.
Today, Paraguay is the fourth largest exporter of soybeans in the world, with 6.3 million metric tons of the oilseed being shipped. The argument of the Paraguayan government is that the agricultural sector, which generates revenue of over US$3 billion, contributes too little to the economy, compared with other sectors.
In 2017, the production of Paraguayan soybeans overcame 10 million metric tons, which is a historic record.
In December of 2015, Argentina eliminated export taxes on corn and wheat. As a result, wheat production doubled and corn output grew by double-digit percentage points in just one season. A program of gradual reduction in the taxes levied on soybeans would eliminate those taxes until the end of 2019.
It is estimated that Argentina lost nearly 10,000 wheat growers during the period of imposing export taxes. Besides Argentineans, the only Latin America that currently imposes export taxes on grains is Bolivia, which produces nearly three million metric tons of soybeans annually. In the case of Brazil, export taxes on soybeans are applied only in the states of Mato Grosso do Sul and Goias.