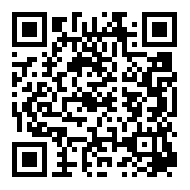 On May 21, 2015, Croda issued a press release entitled “Croda Installs Wind Tunnel for Development of Spray Drift Reduction Technologies that Meet Customer Needs.” In it we offered first insights into our new Low Speed Wind Tunnel (LSWT) for agricultural spray analysis. We announced then that the facility, which has now been operational for over a year, would be a core enabler in our spray drift research platform. We also announced plans for a comprehensive validation program, which was later presented publicly at the recent International Society for Agrochemical Adjuvants (ISAA) Symposium held in Monterey, California, in May 2016, the results of which were published in the associated ISAA Symposium Proceedings.

At the time I was quoted as having said, “Our low speed wind tunnel gives us the testing capability to characterize agricultural spray quality according to established industry protocol, as well as other techniques. This capability will enable us to conduct research into the mechanisms of drift reduction to minimize off-target movement and develop reliable spray drift reduction technologies relevant to our customers’ needs.”  It is gratifying to report that the goals for this program have been met and that in many cases we have been able to surpass our own expectations of what we could test, measure, and demonstrate. The capabilities originally planned have been supplemented with other techniques that increase the breadth and depth of data we can collect on spray mixture. It is useful to look at the history of this program prior to our 2015 announcement, as well as reflect on more recent insights, to perhaps share our experience with the community interested in assessing agricultural spray quality and its control through spray mixture modification, whether for efficacy or compliance.

The field of spray quality modification and drift control has become increasingly interesting with the appearance of new materials, both polymers and small molecules, claiming Drift Reduction Technology (DRT) effects and proposing new mechanisms for droplet size control such as vesicle formation in select surface active materials. The observable increase in activity around measurement techniques and materials applied to spray quality control and drift reduction includes new engineering options such as nozzle designs, pulse width modulation of spray liquid, the use of various accessories (shields, hoods, etc.), and spray mixture property modification by additives. The use of these techniques to minimize buffer zones and maximize product uses while increasing stewardship through the minimization of off-target movement has been the predominant driver for the development and use of DRT. For pesticides under pressure due to mammalian or environmental toxicity, access to registration and to specific label claims has driven pesticide formulation development toward systems delivering spray quality modifiers in the formulated pesticide.

In North America, the introduction of multiple herbicide tolerance traits for different mixtures containing highly potent active ingredients has accelerated the process and contributed significantly to the spiking demand for a range of functional materials that can be used both in spray mixtures and increasingly in formulated pesticides. This creates the demand for materials that offer greater ease of formulation and additional benefits over many of the materials used for this purpose to date.

What has also changed since the “early days” of demonstrating a drift control technology is how regulators and registrants are responding to changes in use patterns where tank mixture is driving complexity in study design. Labels for specific materials and combinations of greatest concern to regulators appear to be more prescriptive in terms of allowable mixtures, nozzles, and pressures. With the output of these tests driving the range of permissible uses for a pesticide, it inevitably becomes more critical to maximize both accuracy and precision of measurements that drive risk assessments while concurrently reducing the time and effort required to obtain them.

Credibility: DRT and the EPA GVT

Along with the demand to test more varied and complex spray mixtures, the need for more accurate and precise measurement of effects related to nozzle, pressure, and tank mixture selection are required.  The need correlates with the emergence of the US EPA’s Generic Verification Protocol (EPA GVP) which stipulates how reliable testing should be conducted. Spraying simple additive dilutions in water through several nozzles at a range of pressures is no longer suitable. More representative spray mixtures must be tested under conditions shown to support more accurate and precise measurement. Notably for spatial techniques like laser diffraction, application of stable concurrent airflow was proven necessary to ensure droplet sizes are accurately measured. This immediately made most test facilities incapable of conducting a suitably accurate measurement and became a principal consideration in the design of Croda’s LSWT. A cornerstone of our effort was Croda’s commitment that any capability we create would be able to meet the most demanding test requirements we might anticipate.

New and varied techniques need to be applied to conduct measurements relevant to describing the performance of spray quality modifiers, where in earlier times simple droplet size measurement might suffice. These measurements must be made quickly on complete and representative samples, show robustness independent of operator skill, be demonstrated as capable of withstanding scientific scrutiny, and provide a high degree of reproducibility over both short and long timespans to build more continuous datasets. The techniques must be capable of analyzing and comparing data across large experimental treatments by reducing background variations enough to assess small but significant differences. Execution must be flexible enough to handle both small and large studies efficiently and in the same facility configuration, with the capacity to track system control and operating parameters over periods when data is collected. The requirement for human coordination of data collection should be avoided wherever possible taking maximum advantage of system automation and integration wherever possible.  Finally, the capability to produce high quality data must be validated externally and directly against the facilities tasked with certifying DRT for EPA.

External validation or measurements must be transparent and subjected to peer review to assure regulators that data is reliable and may confidently be applied to important calculations for off target movement. Beyond this, primary spray quality measurements should be capable of being supplemented with additional techniques executed under identical experimental conditions, thereby, maximizing the range of data collection while retaining linkage which enables different data elements to be analyzed and correlated with a high degree of confidence. The capacity to extract more information from a single measurement, as well as provide dual concurrent measurements to connect multiple techniques and build better models, is a powerful addition to the basic droplet sizing capability that would underpin such a testing capability. This thought process was deeply embedded in the approach Croda would take when developing its current capacity.

Not Reinventing the Wheel

Beginning in January of 2009 and culminating with Croda’s decision on design specifications for the core element of its spray quality measurement capability, identified as Low Speed Wind Tunnel, a process was undertaken to learn as much as possible from established facilities and capabilities to avoid obvious pitfalls and identify best practice wherever it existed. We reached out to known experts in several fields connected to spray characterization, wind tunnel design, and system integration/automation to ask for input. What was expected to be a two-year process took four years before final designs were created and submitted for Computational Flow Dynamic (CFD) modeling. From the point when the preliminary design study was completed and the feasibility of constructing a facility capable of delivering all we had specified was demonstrated, it took two years for the final design, construction, delivery, installation, and validation of the resulting LSWT.

Separate from delivering the capacity to measure spray quality and DRT performance, Croda started its investigation of DRT approximately eight years ago. In January 2009, it began using a collaborative relationship with both DuPont through their Stine-Haskell facility in Newark, Delaware, to test products to understand their impact on spray quality and drift. The material testing process later expanded to include the research team under Dr. Greg Kruger, who now operates the UNL PATLab in North Platte Nebraska and provides certification for DRT performance under the US EPA’s Generic Verification Protocol (DRT-GVP). Prior to that, Uniqema Crop Protection Additives ongoing interest in DRT was managed through contact with the group of agricultural engineers who were responsible for managing the legacy of the Spray Drift Task Force and that remained active at the Council of Producers and Distributors of Agrotechnology (formerly the Chemical Producers and Distributor’s Association) and included notable individuals in the field of spray research such as Andrew Hewitt and William Bagley. Several of these individuals were also associated with the USDA-ARS Facility College Station, Texas, and included Clint Hoffman and Bradley Fritz, among others. In hindsight, the constant contact we maintained with key researchers and innovators in the field was critical for both the development of new DRT materials and the associated testing capacity.

By incorporating observable best practice, capturing the unrealized aspirations of existing designs, and coalescing the development experiences reported by the researchers with whom we engaged, Croda was presented the opportunity to leapfrog the designs in operation at the time of our research.  Through the use of this perspective “mosaic,” we believe that we have been able to firstly, avoid the myriad “wrong turns” associated with the past several decades of measurement research and secondly,  incorporate critical advances in design, mechanical, computing, and analysis technology.  It was a well-spent interactive time.

Croda has now spent the past eight years analyzing the US market value accessible with drift control claims, benchmarking the performance of materials currently used to modify drift, and assessing best practices for assessing agricultural spray quality. With the support of leading engineering and research partners, we designed and validated a novel measurement system to produce data in conformance with American Society for Testing and Materials (ASTM) guidelines and meeting quality standards applied by the US EPA Drift Control Technology certification laboratory. We installed this characterization capability at the GIC R&D facility in New Castle, Delaware. Ancillary to this process, Croda has developed effective cooperative relationships with the research staff at several key academic research facilities leading to enhanced customer relationships with new opportunities for close cooperation in spray drift control oriented customer projects, as well as a leadership role in guiding the future of claims development through a market leading research capability. Based on our internal assessment of progress, as well as feedback from regional customers and recognized global experts in the field, the testing capability delivered and the relationships formed and expanded through this project have provided recognition for Croda Crop Care globally.

If we had to do it all over again, there is little we would change except perhaps to accelerate the process. Knowing what we do today, there appears to be every reason to invest in the reliable measurement of this key aspect of formulated product performance. We postulated at the start that at some point in the future, the characterization of formulated product impact on spray quality and drift potential would be a basic test parameter, much the same as stability in the concentrate and upon dilution have been. We thought it would be critical to understand the effect of formulated product use on spray quality and to be able to understand how to change direction and degree of change as a formulation design attribute. As we see, the conversation evolving today both in terms of formulation technology and in the context of regulation, this appears to have been accurate.