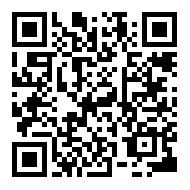 Favorites Print
ForwardShare
May. 17, 2017
The European Commission agreed France to reject an application submitted by Rütgers Organics GmbH regarding mutual recognition of an authorisation granted by Germany in respect of a wood preservative containing the active substance boric acid.
Germany authorised the product for the preventive treatment against wood rotting fungi, insects and subterranean and dry-wood termites by professional users.
France considered that none of the conditions of Article 5(2) of Regulation (EU) No 528/2012 were satisfied and communicated to the applicant, pursuant to Article 37(2) of that Regulation, its proposal to refuse to grant the authorisation in France. The product was so far not available on the French market. Thus, France considers the product as not essential to control any serious danger to human health, animal health or the environment and that not authorising the product in France would not have any disproportionate negative impact on the French society.
The applicant disagreed with the proposed refusal and considered that that measure is not sufficiently justified on the grounds laid down in Article 37(1) of Regulation (EU) No 528/2012. As a result, on 6 October 2016 France informed the Commission in accordance with the second subparagraph of Article 37(2) of that Regulation.
The Commission considered the derogation from mutual recognition proposed by France is justified on the grounds of the protection of health and life of humans, particularly of vulnerable groups.
View More