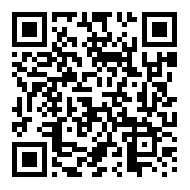 In a joint statement, President Donald Trump and President of the People’s Republic of China Xi Jinping announced a 100-day action plan under the framework of the U.S.-China Comprehensive Economic Dialogue — a result of the meeting at Mar-a-Lago.

According to the U.S. Department of Commerce, approximately one month after the Presidential Summit, the two sides reached consensus on addressing issues in the areas of agricultural trade, financial services, investment and energy. In addition, both sides also identified issues that will require significant effort to resolve beyond the 100-day action plan, of which both sides further committed to strengthen communication and coordination to advance those issue.

The action plan focuses on 10 commitments, one of which is for China’s National Biosafety Committee (NBC) to meet by the end of May 2017 to conduct science-based evaluations of all eight pending U.S. biotechnology product applications to assess the safety of the products for their intended use.

Furthermore, the NBC is to meet as frequently and as soon as possible after an application is resubmitted to finalize reviews of remaining applications without undue delay. For products that pass the safety evaluations of the NBC, China is to grant certificates within 20 working days in accordance with Administrative License Law of the People’s Republic of China.

This news has those in agriculture and the seed industry excited about the potential progress.

“We are very encouraged by the progress announced by the U.S. and Chinese governments on promptly completing Chinese review of U.S. agricultural biotech products pending approval,” says Tim Hassinger, Dow AgroSciences president and CEO. “Securing regulatory approvals for import of grain from Dow AgroSciences’ Enlist corn and soybean traits would be a significant win for both countries and would benefit U.S. farmers, as resistant weeds now infest nearly 100 million acres of American farmland.

“We applaud these cooperative efforts under the 100-day action plan and urge the governments to ensure fulfillment of the commitments made related to agricultural biotechnology.”