Opportunities for S-metolachlorin in the Chinese market 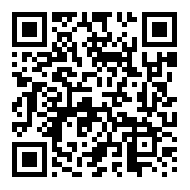 S-metolachlor is a chloroacetamide selective herbicide discovered by the formerly Ciba-Geigy (Syngenta today) in 1982, which was launched to the American market in 1997 with the trade name of Dual Gold®.
Its compound went off patent on October 16, 2001. S-metolachlor has so far been registered in the European Union, United States, Canada and Australia.
S-metolachlor has wide crop applications, being a major herbicide applied to the world staple foods of corn and soybean. Furthermore, with the increasingly serious issue of weed resistance, S-metolachlor is made after mixing products with atrazine, mesotrione, terbuthylazine, metribuzin, fomesafen, flumetsulam and glyphosate, having become a “gold mix” of multinationals as a solution to the problem of field resistance. The global sales of S-metolachlor (inclusive of metolachlor) had reached US$585 million in 2014.
In 2005, Syngenta obtained the first registration for the S-metolachlor technical and formulation in China. As per data from China Pesticide Registration Watch, up until the date of this file, there are currently 38 valid S-metolachlor registrations, including 18 technical material registrations. The details of 18 technical registrations are as follows: From the production perspective, manufactures running productions of the product at present include Jiangsu Changqing Agrochemical and Shandong Binnong Technology, who are making supplies to East Europe and Australia. Additionally, Zhongshan Chemical disclosed its plan to launch an S-metolachlor production project. Upon completion of the project, mixture products will be released in the corn market, as well as for application in weed prevention and control in sugarcane and wheat fields.
As the United States is a major destination of use of S-metolachlor, it is of vital importance to open up the American market in addition to supplying technical material. However, so far no Chinese manufacturers have yet achieved successful registration in the United States, mainly attributable to the required high amount of $20 million for data compensation, which imposes a great operating risk on manufacturers.
With increased registrations from multinationals in the years ahead, this part of cost is expected to decline to a certain degree, which will help to cut down the cost of entry in favor of manufacturers.
Compared with other competing products, S-metolachlor has high purity, low contamination, high safety and low toxicity. In 2002, the European Union prohibited the use of metolachlor; the United States declared metolachlor to be reproduction toxic and Uruguay restricted the use of metolachlor. With the prohibited use of metolachlor in more countries, the S-metolachlor market is expected to grow step by step and will provide great market potential in the future.
To know all the registered S-metolachlor formulation products in China, please click China Pesticide Registration Watch.
Also, the database will provide you:
- 30000+ registration leads with detailed specification and application information
- 2000+ registrants with detailed business profile and contact information
- 1500+ GLP information available for inquiry
- Online customer supporting